At least 17 people were killed in the disaster, although that figure is expected to rise, but only 6 have been identified. 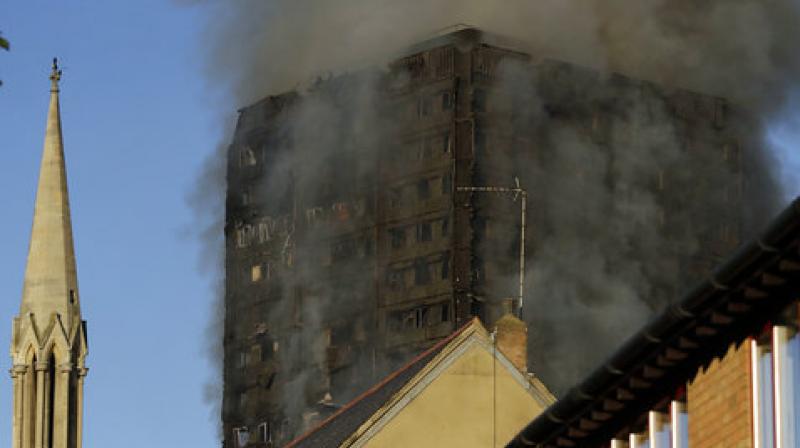 The bodies of the remaining 11 victims are still inside the smouldering tower. (Photo: AP)

London: British authorities expect to spend weeks, even months, identifying the victims of the massive fire that engulfed a London high-rise this week, warning on Thursday that they may not be able to identify everyone.

At least 17 people were killed in the disaster, although that figure is expected to rise.

"There is a risk we may not be able to identify everybody," Commander Stuart Cundy said at a press briefing on Thursday.

Of the 17 victims that have so far been confirmed, six have been identified.

Their bodies were recovered outside the building and police said it was for now "impossible to say how they died".

The bodies of the remaining 11 victims are still inside the smouldering tower.

"They are simply not recognisable because of the fire," Fiona McCormack, one of the Metropolitan Police's senior identification managers, said.

Police use one of three ways to identify the victims, McCormack explained: dental records, fingerprints and DNA.

Using dental records "is the best one for very quick identification," as fingerprints and DNA are "much more difficult to get".

If those methods fail, police look for secondary identification methods such as tattoos, scars or medical devices like pacemakers.

But for now, authorities are still struggling to find out how many people were actually in the 24-storey building when the fire started in the early hours of Wednesday.

Six hundred people are believed to be residents of the Grenfell Tower.

A "good half" of the building has yet to be searched according to Fire Commissioner Dany Cotton, who explained that additional shoring up was needed for firefighters to access the upper floors.

But Cundy sought to downplay the number of missing people on Thursday saying that while 400 people had been reported missing, "it is an assumption".

"A lot of people managed to get outside themselves and 65 were rescued," he said.

"From a personal perspective, I like to hope it is not going to be triple figures".