A 2010 Sapo report estimated the number of violent Islamist extremists in the Scandinavian country at 200. 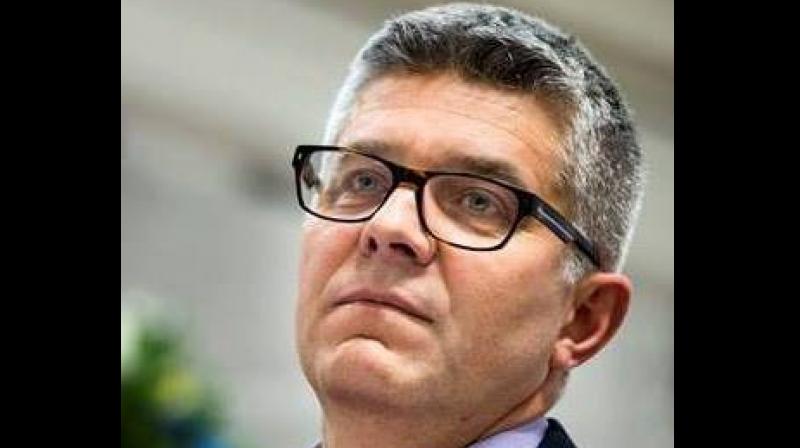 A 2010 Sapo report estimated the number of violent Islamist extremists in the Scandinavian country at 200. Sapo chief Anders Thornberg.

Stockholm: The number of violent Islamist extremists in Sweden has soared from 200 in 2010 to "thousands", intelligence agency Sapo said Friday, while noting that only a handful were deemed able to carry out a terror attack.

"We would say that (the number) has gone from hundreds to thousands now," Sapo chief Anders Thornberg told news agency TT in an interview, describing the situation as "serious". "This is the 'new normal' It is a historic challenge that extremist circles are growing," he said. He stressed, however, that only a few of the "thousands" had both the intention and ability to carry out a terror attack.

A 2010 Sapo report estimated the number of violent Islamist extremists in the Scandinavian country at 200. Thornberg attributed the rise primarily to the propaganda machine of the so-called Islamic State (ISIS), which has united different groups of Islamist extremists.

"We used to have different circles. We had radicalised (people) from North Africa, the Middle East and Somalia, but they were all separate," he said. Thornberg said Sapo now receives around 6,000 intelligence tips a month concerning terrorism and extremism, compared to an average 2,000 a month in 2012.

Sapo has previously said that about 300 people from Sweden are known to have travelled to Syria and Iraq to join ISIS since 2012. Jihadists or sympathisers from Sweden have been linked to several terrorist attacks in recent years.

On April 7, an Uzbek national who had shown sympathies for jihadist groups including IS used a stolen truck to mow down pedestrians on a busy shopping street, killing five people and injuring 15.

And a Swedish national, Osama Krayem, has been charged with terrorist murders over the 2016 Brussels metro bombing.