I have been reading about the world war and nuclear bomb in Japan and I feel I don't really like it, seven-year-old Aarush said. 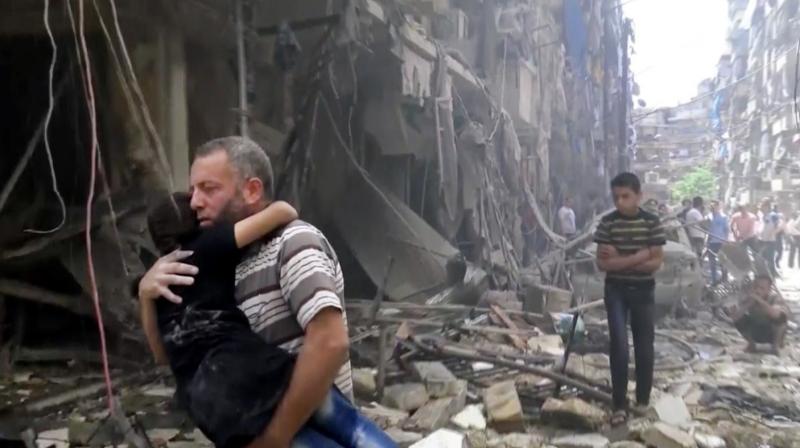 Syria is like a mini version of a world war happening in one place and I thought I should write about Syria. (Photo: Repesentational Image/AFP)

London: A seven-year-old Indian-origin boy surprised his teacher during a class project on writing to Santa Claus to list Christmas wishes when he asked for peace in war-torn Syria instead of traditional gifts.

Aarush Anand, who studies in Year 3 at Nottingham High School in the East Midlands region of England, did not ask for any of the typical gifts associated with the festive season.

"The only thing I want for Christmas is peace, like in Syria," Aarush wrote.

In his note, he also told Santa not to be "stressed out" as "it's hard work going all over the world".

"Please give money to charities. PS: Don't give me anything else," he signed off.

Aarush's teacher Richard Miller said he was "taken aback" by the heartfelt letter.

"When I read Aarush's, I was quite struck. I felt emotional about it because it was the last thing I was expecting to read, that he had taken himself off to write something that was completely different, that was unexpected.

"I was really quite moved by that," he said.

The letter was written on Wednesday as part of a Christmas-themed class exercise, where Miller said the aim was to practice letter writing as well as get into the Christmas spirit.

Speaking about his note later, Aarush said: "In Syria, basically every day someone gets killed, and just not in Syria, in India and Pakistan too. I don't really like war, and I've been reading about the world war and nuclear bomb in Japan and I feel I don't really like it. Syria is like a mini version of a world war happening in one place and I thought I should write about Syria. Some people starve there. We are lucky that we have food here, and I'm lucky to come to this school and my mum and dad can educate me this much."