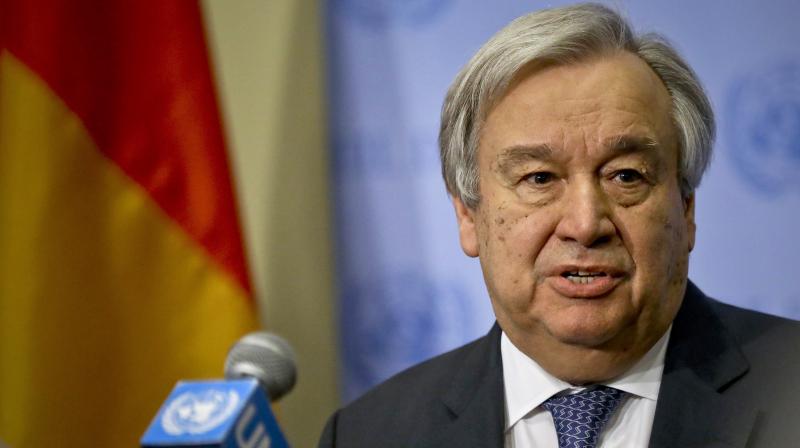 United Nations: The United Nations owes India $38 million, the highest it has to pay to any country, for the peacekeeping operations as of March 2019, UN Secretary-General Antonio Guterres has said as he voiced concern over the world body’s deteriorating financial health. In his report on improving the financial situation of the world body, he said, as of March 31, 2019, the total amount payable to troop- and police-contributing countries with respect to active peacekeeping missions was $265 million.

He said the arrears to troop- and police-contributing (TCCs/PCCs) countries could increase to $588 million by June 2019 “in the worst-case scenario”.

The UN chief added that which troop- and police-contributing countries will or will not be paid depends on the cash position of the individual missions to which they contribute and is not determined by their individual capacity to shoulder that unfair burden.

“That has created a paradox. The United Nations is now effectively borrowing for prolonged periods from troop- and police-contributing countries. Many of them are low-income countries for which that imposes a significant financial burden.

At the same time, the organisation is asking those same countries to do more to train their personnel and improve the quality of their equipment, all while operating in increa-singly challenging environments. The UN, however, is not fulfilling its obligation towards them in a timely manner,” he said.

Mr Guterres added that TCCs/PCCs make every effort to provide well-trained and well-equipped personnel to peacekeeping operations, and they continue to improve on that objective.