World   Europe  17 Jun 2017  US presidents hail Kohl as 'one of the greatest leaders in post-War Europe"
World, Europe

'Helmut hated war but he detested totalitarianism even more', George HW Bush said in a statement of the former German chancellor. 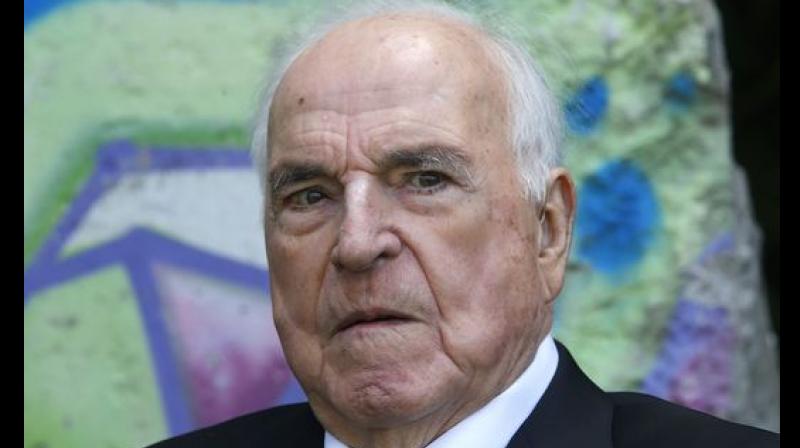 Washington: US leaders mourned the death of Helmut Kohl on Friday, praising his role in the reunification of Germany, with former president George HW Bush calling him "one of the greatest leaders in post-War Europe."

"Helmut hated war but he detested totalitarianism even more," Bush said in a statement of the former German chancellor. "Working closely with my very good friend to help achieve a peaceful end to the Cold War and the unification of Germany within NATO will remain one of the great joys of my life," he added.

Former president Bill Clinton said he was "deeply saddened" by the death of "my dear friend" whose "visionary leadership prepared Germany and all of Europe for the 21st century." "He was called upon to answer some of the most monumental questions of his time, and in answering them correctly he made possible the reunification of a strong, prosperous Germany and the creation of the European Union," Clinton said.

"I will never forget walking with him through the Brandenburg Gate in 1994 for a large rally on the eastern side, and seeing genuine hope in the eyes of tens of thousands of young people," he said.

"I knew at that moment that Helmut Kohl was the man who could help them realize their dreams. History continues to prove that he delivered." President Donald Trump hailed Kohl as a "friend and ally" of the United States.

"He was not only the father of German reunification, but also an advocate for Europe and the transatlantic relationship. The world has benefitted from his vision and efforts. His legacy will live on," Trump said in a White House statement.