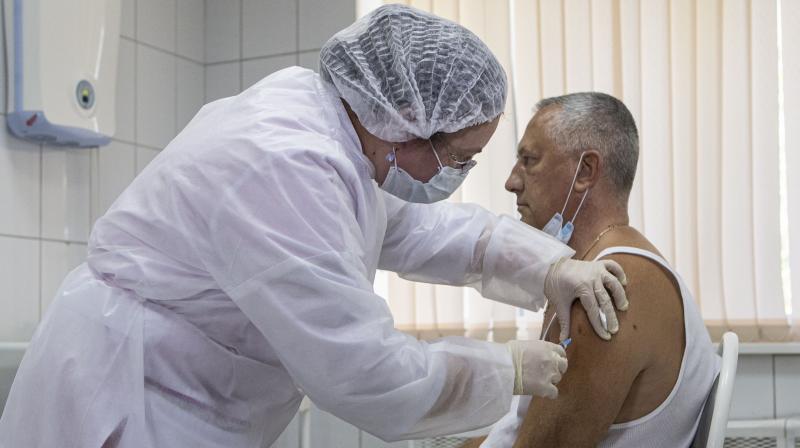 The deal for its Sputnik-V vaccine candidate comes after the Russian Direct Investment Fund (RDIF) reached agreements with Indian manufacturers to produce 300 million doses of the shot in India, also a major consumer of Russian oil and arms.

The agreement brings the total number of doses Russia has so far announced that it will supply abroad to just over 200 million - half to Latin America and half to India. RDIF has said it has received requests totalling 1 billion doses.

Deliveries to India, which has a population of more than 1.3 billion, could begin in late 2020, RDIF said, adding this was subject to the completion of trials and Sputnik-V’s registration by regulatory authorities in India.

The Indian trials could start as early as next month, Dmitriev told Reuters, adding trial results could be followed soon after by domestic regulatory approval of Sputnik-V for mass use in India.

India said last week it was considering granting an emergency authorisation for a coronavirus vaccine, particularly for the elderly and people in high-risk workplaces.

Russia was the first country to grant regulatory approval for a novel coronavirus vaccine, and did so before large-scale trials were complete, stirring concern among scientists and doctors about the safety and efficacy of the shot.

Several countries are now considering adopting “emergency use authorisation” measures that would fast-track approval of a vaccine in a similar way, however.

“We expect emergency use authorisation for Sputnik-V vaccine in major markets,” Dmitriev said.

Results of early-stage clinical trials of the Russian shot, which were published in international medical journal The Lancet earlier this month, showed promise, G V Prasad, co-chairman of Dr Reddy’s, was cited in the RDIF statement as saying.

“Sputnik-V vaccine could provide a credible option in our fight against COVID-19 in India,” he said.

There was no detail about the price of Sputnik-V, but RDIF has said previously it was not aiming to make a profit, just to cover costs.

In a press briefing late on Tuesday, Balram Bhargava, who heads India’s clinical research agency, the Indian Council of Medical Research, said high-level talks between India and Russia around the vaccine had been ongoing.

“There is a high-level committee of the government of India for vaccines that are in dialogue with the Russians,” he said, adding Russia had a good track record in vaccine development and the early-stage overseas trials of Sputnik-V had been promising.

It was not immediately clear whether those talks had been instrumental in the deal between RDIF and Dr Reddy’s.

The agreement comes as India’s coronavirus cases surged past five million on Wednesday, piling pressure on hospitals grappling with unreliable supplies of oxygen that they need to treat tens of thousands of critically ill patients.

This is Dr Reddy’s first foray into a coronavirus vaccine. It has struck a licensing deal with Gilead Sciences Inc to make and sell COVID-19 treatment remdesivir in 127 countries, including India; launched its generic version of remdesivir under the brand name Redyx, and has also tied up with Fujifilm Holdings Corp to launch Fujifilm’s anti-flu drug Avigan (favipiravir) in India as a COVID-19 treatment.