How will Brexit threaten Spanish fishermen?

Fully 94 per cent of the catch, mostly squid, exported from the contested South Atlantic archipelago, is sent to Spain. 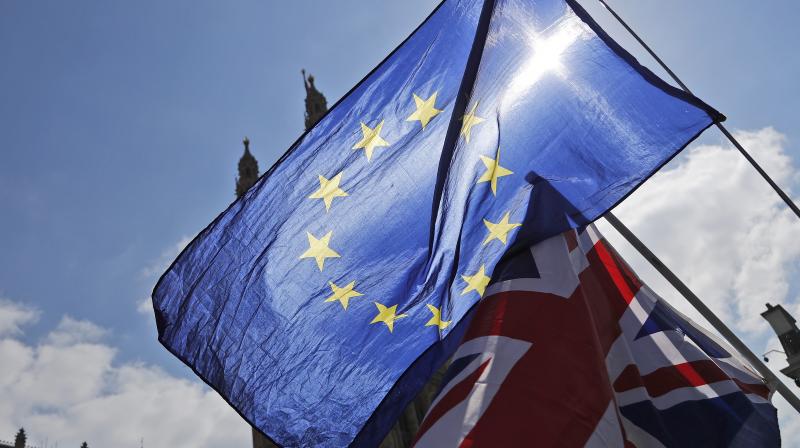 The squid are processed or shipped directly to other European nations. (Photo:AP)

Madrid: A no-deal Brexit would deal a severe blow to the economy of Britain's Falkland Islands which is heavily dependent on squid exports - and to Galicia in Spain where almost all of the molluscs are sent.

Fully 94 per cent of the catch, mostly squid, exported from the contested South Atlantic archipelago known to Argentina as the Malvinas and occupied by Britain since 1833, is sent to the port of Vigo in northwestern Spain, some 13,000 kilometres (8,000 miles) away.

There the squid are processed or shipped directly to other European nations. About a third of the squid eaten in continental Europe comes from the Falklands, according to the archipelago's government. Fishing accounts for 40 per cent of the economic output of the island group which was at the heart of two-month war between Britain and Argentina in 1982.

And Galician trawlers staffed mainly with Spaniards dominate the sector. This trade is profitable because no customs tariffs are slapped on the squid since both Britain and Spain belong to the European Union - but that would end if Britain leaves the bloc without any agreements in place about what their relationship would be in the future.

In that case World Trade Organization (WTO) custom tariff which range from six to 18 percent depending on the nature of the product would apply, according to Richard Hyslop, senior policy advisor to the Falkland Islands government.

"It's critical that we retain our tariff-free access (with the EU)," Teslyn Barkman, who is in charge of managing natural resources and Brexit related issues with the archipelago's government, told AFP by telephone, adding it was a "life or death" issue for the Falkland's economy.

Fearing a no-deal Brexit before an initial March 29 deadline for Britain to leave the EU, fishing firms rushed three ships with 21,000 tonnes of squid to Vigo to try to avoid paying hefty customs duties. Galician trawlers also worry a no-deal Brexit would mean they lose access to Britain's fishing waters.

But British Prime Minister Theresa May last week asked fellow EU leaders to postpone Brexit for a second time, from April 12 to October 31, giving London a chance to negotiate an exit deal - and the three trawlers loaded with squid more time to reach Galicia.

The first trawler to arrive began unloading its cargo in Vigo this weekend. "We create jobs, wealth" but "there is total uncertainty, we don't know what will happen to the Spanish fleet" if there is a no-deal Brexit," said Javier Touza, the president of fishing vessel owners' cooperative Arvi at the port of Vigo.

"What we ask is that we can continue to fish. We have the biggest ships in the Galician fleet over there," he added.

Forty-three trawlers which belong to Arvi currently operate in the waters of the Falklands Islands. Twenty-four fly the Spanish flag while the rest use the flag of the Falklands even though "the majority of their crew is Spanish and 100 percent of their cargo ends up in the port of Vigo," said Touza.

The regional government of Galicia estimates around 1,700 crew members of fishing trawlers could be affected if Britain crashes out of the EU without a divorce deal. This figure combines crew deployed on ships in the waters of the Falklands as well as those on the 66 trawlers that operate in British waters in Europe.

Against this backdrop of uncertainty, fishermen who work in the waters of the Falklands are on track for another record haul of squid this year, after catching 78,913 tonnes in 2018. The archipelago, which is also heavily dependent on sheep farming, is home to just 3,000 people - which is why it relies on Spanish fishing crews.

"Europe wants to buy, eat and enjoy our world quality premium calamari. It's frustrating to be in that position but it makes sense to keep that relationship," said Barkman.