A committee was created after the war to provide aid to widows and orphans of those who did not survive the camp. 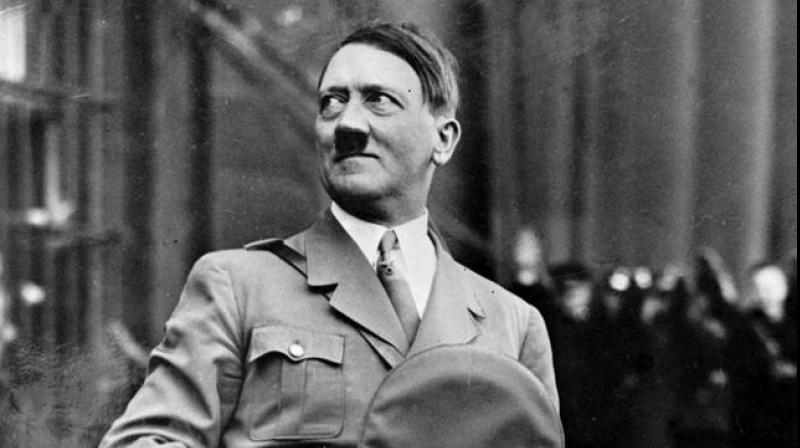 Helfaut, France: The Resistance’s struggle against Nazi occupation in World War II is well-documented in France but much less is known about thousands of its members forced to work in Nazi Germany on Hitler’s secret weapon: the V2 rockets he hoped would bring Britain to its knees.

Now, more than 70 years on, France aims to shed light on, and honour, the nearly 9,000 Resistance members who were among thousands of slave labourers to have toiled in icy underground tunnels.

In abhorrent conditions and deprived of daylight or fresh air, 4,500 of the French deportees, believed to be all male, died at the Mittelbau-Dora concentration camp in Nordhausen in central eastern Germany after it was set up in August 1943. Nearly a third of those are thought to have perished in the camp’s first eight months.

Their harrowing stories are being compiled in detail by the La Coupole History and Memory Centre, a World War II museum at Helfaut, near the northern French town of Saint-Omer.

The centre stands at the site of a huge bunker, built as a base for preparing the launch of the V2s.

Bombardments of the bunker zone and the Allies’ D-Day Normandy landings checked Hitler’s V2 ambitions, although Nazi forces still managed to fire off some 3,000 by the end of the war, around half at Britain.

Designed to wreak death and destruction on London five minutes after leaving the French coast, the V2 was the world’s first long-range missile. It was designed by Wernher von Braun, who after the war moved to the US and helped America reach the moon.

Dora veteran Georges Jouanin is still uncomprehending. At the age of 94, his memories remain vivid.

“How can you want to destroy a country?” he said, in an interview with AFP.

“I went through hell at Dora. We slept on lice-infested bunks (stacked on each other inside the tunnels) and worked 18-hour days breaking through rock. We saw our friends die. Forced labour...” he added.

Jouanin, a typesetter by training, was deported first to the Buchenwald camp in December 1943 after the Gestapo arrested him in Paris.

The next month, he arrived at nearby Dora, where deportees worked in two km-long tunnels they had to dig out from scratch to create a subterranean factory out of the range of Allied bombers. The site replaced one bombed at Peenemuende, on Germany’s Baltic coast.

By 2020, he, together with 20 colleagues aim to piece together a record on the deported Resistance fighters to “again give a face and life to these lost people”.

Each one’s career, family details, political views, along with the circumstances of their deportation and death, will be featured in the archive.

The museum team has collected a trove of data, notably from documents made available by the detainees’ families and friends.

A committee was created after the war to provide aid to widows and orphans of those who did not survive the camp.

One family that was active on the committee was that of Jean Gineston, a Christian Resistance member, who left both Dora and the Bergen-Belsen concentration camp alive.

Repatriated in June 1945, a month after the end of the war in Europe, he was suffering from typhoid and weighed just 38 kg.

When he died in 2009, his daughters Marie-Christine and Marie-Helene decided to pass on his personal effects from the family apartment at Puteaux in the western suburbs of Paris, feeling they would “find good use” at La Coupole’s museum.

Marie-Christine said the bunker site “looks a lot like Dora”.

At the Dora memorial site itself, the French research is also awaited “with immense interest”, said Regina Heubaum, one of those working there.

She said the French records “will be an exceptional source, notably for all the families of French people who, 72 years on, regularly come here seeking information on their relatives.”

The record, to be produced in a kind of dictionary form, will not only include personal stories but also several essays written by experts on different aspects of the research into Dora.

These include the April 1944 deportation to Helfaut of foreign slave labourers, the majority Russians, Ukrainians and Yugoslavs, who came from the Buchenwald and Neuengamme camps to work on construction.