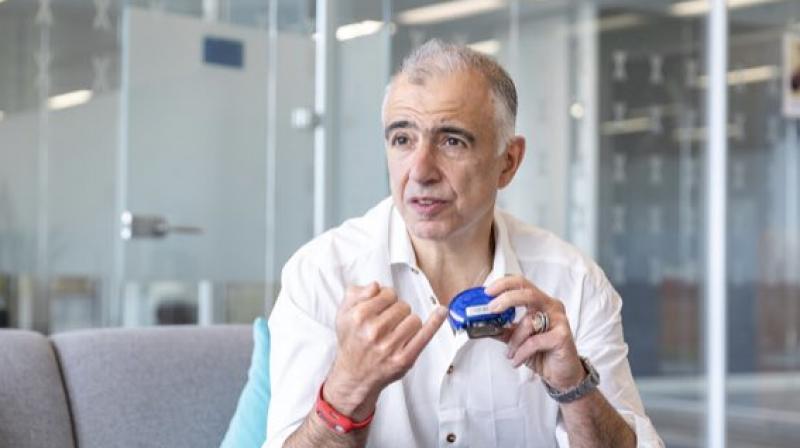 The new test, based on the design of a DNA test developed by professor Christofer Toumazou at Imperial College London, received approval for clinical use at the end of April after successful trials.

London: A British COVID-19 test known as DnaNudge that gives results in just over an hour and which requires no laboratory was accurate in almost all cases, an academic review in the Lancet has found.

Faster testing could allow more people to return to work or permit testing on entry to hospital, thus slowing a second spike in coronavirus infections.

The new test, based on the design of a DNA test developed by a professor at Imperial College London, received approval for clinical use by the Medicines and Healthcare Products Regulatory Agency (MHRA) at the end of April after successful trials.

“These results suggest that the CovidNudge test, which can be performed at a patient’s bedside without the need to handle any sample material, has comparable accuracy to standard laboratory testing,” Professor Graham Cooke, lead author of the study from the Department of Infectious Disease at Imperial College London, said.

The Lancet paper described the test, which requires one nostril swab, as “a sensitive, specific, and rapid point of care test for the presence of SARS-CoV-2 without laboratory handling or sample pre-processing”.

Health Secretary Matt Hancock told LBC radio that Britain was rolling out the tests across hospitals.

“The critical thing in terms of usefulness is that the machine doesn’t need to be in a lab - it is about the size of a shoebox - therefore you can put one, say, in an A&E (accident and emergency) department and they can know whether people coming in have got the coronavirus or not,” Hancock said.

Hancock said the machines could also be deployed at other locations such as schools.

Each box can run one test at a time so could process about 16 tests per day, said a spokeswoman for the company that produces the tests.