Angela Merkel to meet relatives of victims, one year after Christmas terror attack

An Islamic jihadist ploughed a truck into a Christmas market crowd killing 12 in 2016. 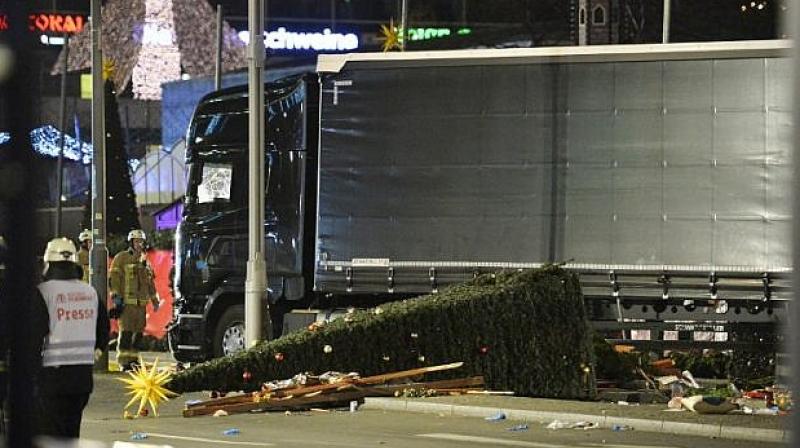 Anis Amri, a 24-year-old Tunisian who had failed to obtain asylum, rammed a stolen truck into crowds at the market on the Breitscheidplatz, a popular destination for Berliners and tourists alike.(Photo: AFP)

Berlin: A year after an Islamic jihadist ploughed a truck into a Christmas market crowd, killing 12, Chancellor Angela Merkel will meet on Monday with the victims' families for the first time.

The private gathering on the eve of the anniversary of the atrocity comes against the backdrop of angry recriminations by many of the bereaved, who say official incompetence and neglect since the assault have inflicted fresh wounds.

December 19, 2016 at 8:02 pm, Anis Amri, a 24-year-old Tunisian who had failed to obtain asylum, rammed a stolen truck into crowds at the market on the Breitscheidplatz, a popular destination for Berliners and tourists alike.

The victims came from Germany as well as countries including Israel, Italy, the Czech Republic and Ukraine.

More than 70 people were injured in the attack, the deadliest ever carried out in Germany.

The Islamic State group claimed responsibility the next day, and Amri was shot and killed four days later by police in Italy, where he had previously lived.

Although Merkel has visited the scene of the attack at least four times, including once to the reopened Christmas market last week, it will be her first face-to-face talks with relatives of the victims, some of whom have accused her of ignoring their needs and concerns.

In a wrenching open letter to the chancellor in December, before the meeting was announced, several family members condemned her "political inaction" and accused her of failing to reach out to them.

"Almost a year after the attack, we note that you have not shared your condolences with us either in person or in writing," the letter said.

"In our opinion, this means that you are not living up to the responsibilities of your office.

A government-commissioned report released last week identified a litany of shortcomings in the response to the tragedy.

Some relatives desperately searching for their loved ones were told only three days after the attack that a family member had perished, even though they could have been given early warning through facial identification.

Others were sent "bills for autopsies -- including warnings for late payment, I didn't want to believe it, but I had such a letter in hand," said the author of the report, Kurt Beck.

"Such experiences should never be repeated," he said, adding that Germany "was not prepared" to deal with the attack's aftermath.