US 'will fail if it tries to split Europe': Germany

The shock measures by US are in response to 'unfair' trade practices, but EU has vowed to retaliate for a tit-for-tat trade war. 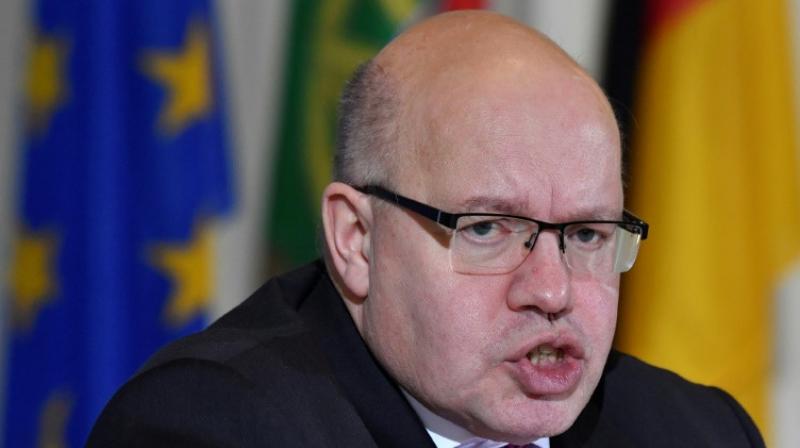 In the European Union 'we are a customs union and act collectively. It cannot be in the interest of the US government to divide Europe, nor will it succeed,' German Economy Minister Altmaier said. (Photo: AFP)

Frankfurt am Main: US President Donald Trump "will not succeed" in dividing European nations against one another over trade, German Economy Minister Peter Altmaier warned on Sunday ahead of a visit to Washington.

In the European Union "we are a customs union and act collectively. It cannot be in the interest of the US government to divide Europe, nor will it succeed," Altmaier told German business daily Handelsblatt.

For the close ally of Chancellor Angela Merkel, top of the agenda at meetings in the US capital will be Trump's planned tariffs of 25 per cent on imported steel and 10 per cent on aluminium.

The US leader says the shock measures are in response to "unfair" trade practices, but the EU has vowed to retaliate -- including with levies on imports of whiskey or motorcycles -- raising the spectre of a tit-for-tat trade war.

"Companies and consumers on both sides would foot the bill if the US and Europe tumble into a trade war," Altmaier said.

Meanwhile, countries like China that stand accused of flooding global markets with cheap steel would be "laughing on the sidelines", he added.

The two backed continuing talks among the G20 group of industrialised and emerging nations on cutting steel overproduction which have so far had little impact.

Altmaier allowed that "global free trade is certainly not perfect yet," adding that if Washington is unhappy "we have to talk about it rather than acting unilaterally."

Responding to Trump's threat to slap tariffs on German car imports if the EU retaliates over his metals levies, Altmaier added that "German cars are successful in all world markets because they're so good. Higher border taxes would be the wrong response to that."