'Will fight till the last hour for an orderly Brexit': Angela Merkel

The German Chancellor Angela Merkel said on Tuesday she would struggle until the last possible moment to achieve an orderly Brexit. 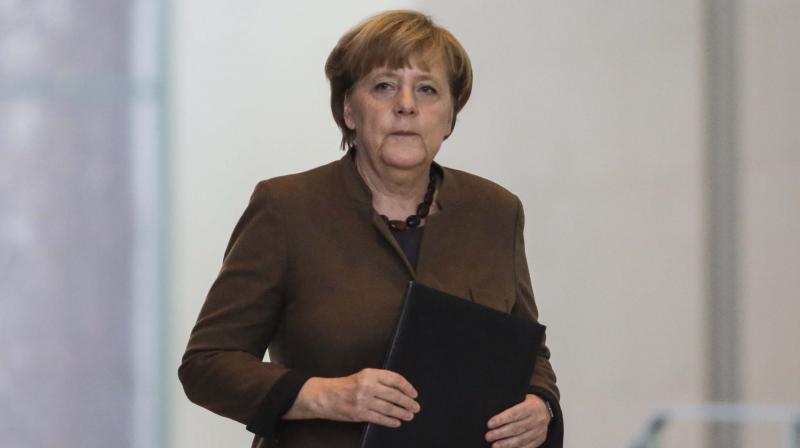 She said the interests of Germany, Britain and the EU were at stake. (Photo:AP)

Berlin: German Chancellor Angela Merkel said on Tuesday she would struggle until the last possible moment to achieve an orderly Brexit, saying the interests of Germany, Britain and the EU were at stake.

"I will fight to the last hour of the deadline on March 29 for an orderly exit (of Britain from the European Union)," she told a conference in Berlin. "We don't have a lot of time for it but still have a few days."

Merkel admitted she had been surprised by the bombshell announcement on Monday by House of Commons speaker John Bercow that he could not put Prime Minister Theresa May's Brexit plan to another vote in its current form. "I must confess that I was not familiar with the rules of order of the British parliament from the 17th century," she said with a wry smile.

And she stressed ahead of a crunch EU summit in Brussels Thursday and Friday at which Brexit is to take centre stage that the ball remained in London's court to plot the way forward.

"I am as of now unable to say what my position will be on Thursday because it depends on what Theresa May presents, what the situation looks like, (and) what may still happen in parliament," she said.

Merkel stressed that avoiding Britain crashing out of the EU without an exit deal was in the fundamental interest of all sides.

"We, together as the other 27 (EU member states), will react in an adequate manner and the less people play guessing games, the easier it will be," she said.

May is still hoping she can get the divorce agreement she struck with the European Union through parliament before March 29, despite MPs having rejected it twice. But weeks of chaotic political deadlock in parliament have already forced May to concede that Brexit must be delayed, amid fears of an economic shock if Britain ends its 46-year membership of the EU with no new arrangements in place.

She had been hoping to ask EU leaders for only a short delay when they meet at the Brussels summit, warning that without a deal, any extension would be lengthy.