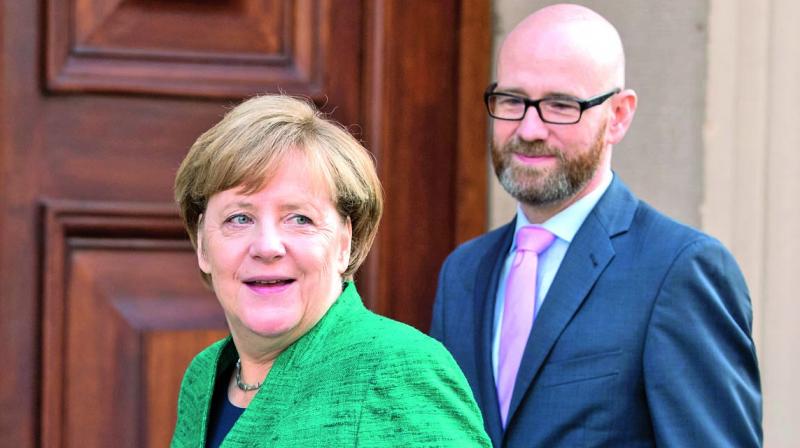 Ms Merkel’s conservative CDU/CSU bloc, which won the September vote without obtaining a clear majority, launched exploratory talks with the liberal and pro-business Free Democrats (FDP), then planned to meet the left-leaning and environmentalist Greens later on.

To avoid a breakdown that would force new elections, all sides will have to agree in the coming weeks on tough compromises on thorny topics ranging from immigration to EU reform to climate policy.

The CDU’s general secretary, Peter Tauber, told reporters after the first round of talks with the FDP that while there were challenges ahead, it had been “a very constructive first exchange”.

“We have a good feeling,” he said.