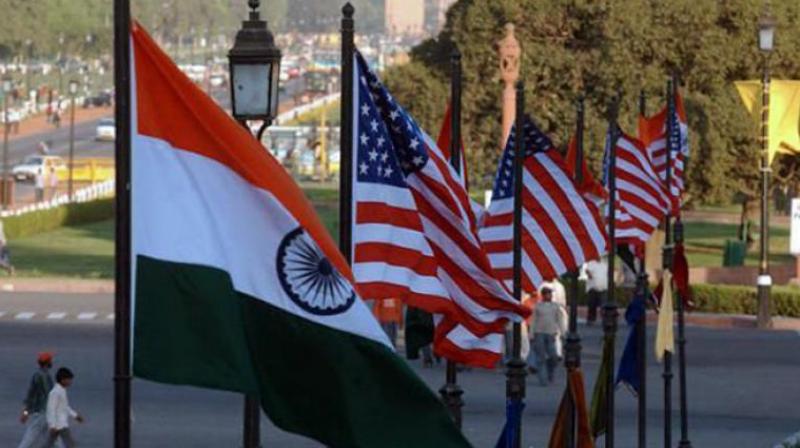 America was the largest recipient of new asylum requests in 2017. (Photo: File)

United Nations: Over 7,000 people from India filed applications for asylum in the US last year, according to a report by the UN refugee agency which said America was the largest recipient of new asylum requests in 2017.

The UN Refugee Agency said in its annual Global Trends report that 68.5 million people globally were displaced as of the end of 2017. Among them were 16.2 million people who became displaced during 2017 itself, either for the first time or repeatedly - indicating a huge number of people on the move and equivalent to 44,500 people being displaced each day, or a person becoming displaced every two seconds.

Wars, other violence and persecution drove worldwide forced displacement to a new high in 2017 for the fifth year in a row, led by the crisis in Democratic Republic of the Congo, South Sudan's war, and the flight into Bangladesh from Myanmar of hundreds of thousands of Rohingya refugees. Overwhelmingly it is developing countries that are most affected, it said.

In the US, the trend of increasing asylum claims from people originating from the north of Central America also continued. Salvadorans made up the largest nationality of applicants with 49,500 claims, almost half again as much as the 33,600 submitted in 2016.

It added that for the first time since 2013, Syria was not the most common country of origin for new asylum-seekers. The highest number of asylum claims filed by individuals were from nationals of Afghanistan who submitted 124,900 claims in 80 different countries.

As in 2016, Turkey received the most claims with 67,400 registered, replacing Germany, which received 16,400 claims compared with 127,000 in 2016. In contrast to 2016, Greece was the third most common recipient of claims from Afghans with 7,500, followed by France (6,600) and India (4,500). Refugees originating from Myanmar represented the fourth-largest population group by country of origin, more than doubling in number from less than half a million to 1.2 million by the end of 2017.

The report said that refugees who have fled their countries to escape conflict and persecution accounted for 25.4 million of the 68.5 million. This is 2.9 million more than in 2016, also the biggest increase UNHCR has seen in a single year.

Asylum-seekers, who were still awaiting the outcome of their claims to refugee status as of 31 December 2017, meanwhile rose by around 300,000 to 3.1 million. People displaced inside their own country accounted for 40 million of the total, slightly fewer than the 40.3 million in 2016.

"We are at a watershed, where success in managing forced displacement globally requires a new and far more comprehensive approach so that countries and communities aren't left dealing with this alone," said UN High Commissioner for Refugees Filippo Grandi.

"But there is reason for some hope. Fourteen countries are already pioneering a new blueprint for responding to refugee situations and in a matter of months a new Global Compact on Refugees will be ready for adoption by the United Nations General Assembly."