US Prez made the comments in interview responding to question about NATO's Article 5 which states attack on 1 member is attack on all. 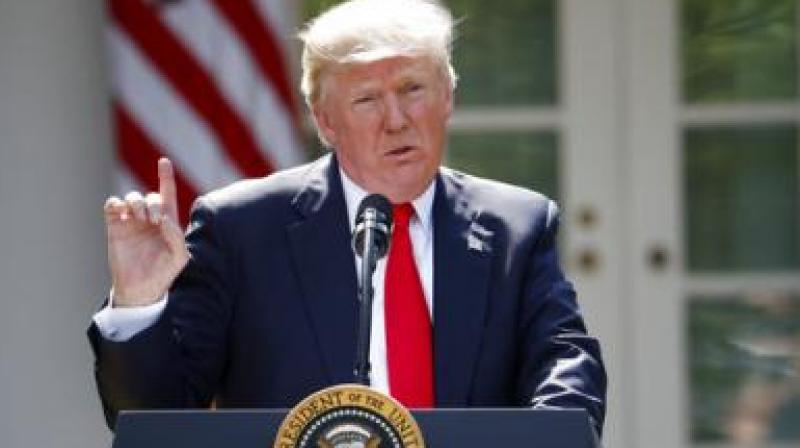 'Montenegro is a tiny country with very strong people... They're very aggressive people. They may get aggressive, and congratulations, you're in World War III,' said Trump. (Photo: File)

Podgorica, Montenegro: Montenegro's government on Thursday defended its contribution to peace in response to a verbal attack from US President Donald Trump, who said this week that the tiny Balkan nation's "aggressive" people were capable of triggering "World War III".

The rebuttal comes after Trump ignited outrage across Europe with his broadside, which many interpreted as the latest sign of the US president's shaky commitment to the NATO alliance, which Montenegro joined last year.

In a statement on Thursday Montenegro defended its history of "peaceful politics," saying the country "contributes to peace and stability not only on the European continent but worldwide, along with US soldiers in Afghanistan."

It also added that it has served as a "stabilising" force in the region, which was ravaged by wars during the break-up of the former Yugoslavia in the 1990s.

Alongside Macedonia, Montenegro was the only ex-Yugoslavian country whose decision to split from the federation did not trigger a war, though its soldiers fought against Croatia's war of independence in the 1990s as part of the Yugoslav army.

The alliance with the US remains "strong and permanent," the statement added.

Trump made his controversial comments during a Fox News interview on Tuesday in response to a question about NATO's Article 5, which states that an attack on one member is an attack on all.

"Why should my son go to Montenegro to defend it from attack?" Fox News host Tucker Carlson asked the US president about the country of 620,000.

Trump responded: "I understand what you're saying. I've asked the same question."

"Montenegro is a tiny country with very strong people... They're very aggressive people. They may get aggressive, and congratulations, you're in World War III," Trump added.

A former US ambassador to NATO slammed the comments as "a gift" to Russian President Vladimir Putin, while senior Republican Senator John McCain said Trump was playing into Russia's hands by "questioning our obligations under NATO."

Montenegro, whose troops number about only 2,000 personnel, joined NATO in June 2017, despite strong opposition from part of the population and violent demonstrations in 2015.

The move also infuriated Russia, with whom relations have soured in recent years as the Balkan nation forges closer ties with the West and eyes entry into the European Union.

NATO's common defence clause has only been invoked once -- by America after the September 11, 2001 terror attacks conducted by Al-Qaeda.

Nearly 17 years on, NATO troops are still operating in Afghanistan -- including personnel from Montenegro -- after the US-led invasion seeking retribution for the nation's harbouring of the terror group.