In addition, a lift will be installed providing access to the first-floor prayer hall. 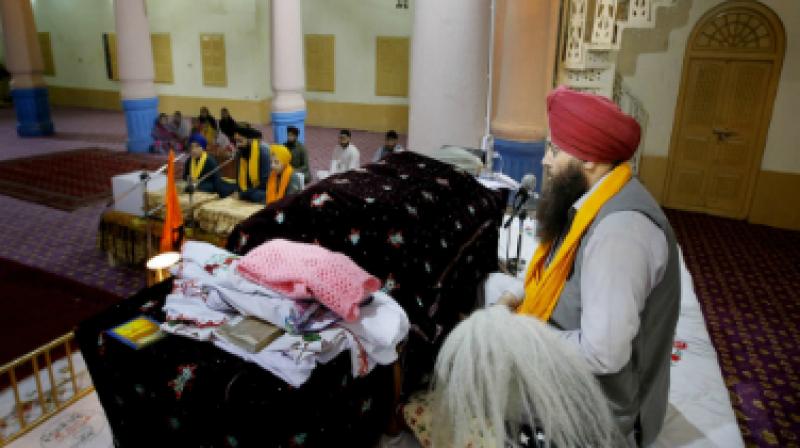 A settlement was approved last week as a hearing was set to begin at Birmingham County Court yesterday. (Representational Image/ AP)

London: A gurdwara in the UK which had put screens to separate disabled people and other worshippers have agreed to remove the partition, in a first of its kind case that could impact practices at gurdwaras across the country.

Guru Nanak Sikh Gurdwara in Wolverhampton had been accused of discrimination as disabled worshippers were segregated from the main prayer congregation as they could not observe the custom of sitting cross-legged on the floor.

A settlement was approved last week as a hearing was set to begin at Birmingham County Court yesterday.

"The screening was like you were in a prison. On one side you've done something wrong; people (will) catch what you've got. That's how we felt," Bhupinder Kaur Chohan, one of the claimants in the case.

The case is believed to be the first of its kind internationally and could impact practices at gurdwaras across the UK.

"Disabled people are not second class citizens and deserve enjoyment of the same right to worship and attend gurdwaras as everyone else. Now the gurdwara must make changes and we look forward to them doing so," he said.

The five claimants had alleged that members of the congregation who are unable to sit on the floor were being forced to sit behind screens in the prayer hall and dining room.

The agreement requires gurdwara chiefs to remove all of the screens from both rooms as well as signs which prohibited the use of chairs and wheelchairs.

In addition, a lift will be installed providing access to the first-floor prayer hall and "all necessary auxiliary aids" as set out by the local Wolverhampton Council will be permitted, including chairs with arm rests, according to the local Express & Star newspaper.

The gurdwara ruling committee must also pay the claimants' legal costs as part of the deal.

"In reaching this amicable settlement, the gurdwara would want to send the message that all are welcome with open hands and that the gurdwara would continue to address the needs of the aged, frail and the disabled in accordance with the guidance provided by Sikh Council UK," a statement on behalf of the gurdwara said.