On Saturday, students took part in a prayer session in the main university square in peaceful protest. 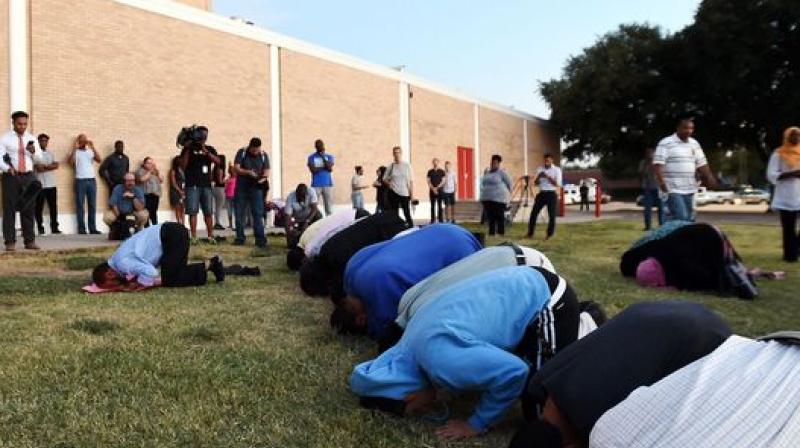 The only daily prayer space available on the campus of the University of East Anglia (UEA) is to be permanently removed and replaced with a corridor to the university Library. (Photo: AP/Representational)

London: Ahead of Ramadan, a top UK university has decided to remove prayer space available on campus for Muslims, citing a "lack of space" during exam season as the reason behind its move.

The only daily prayer space available on the campus of the University of East Anglia (UEA) is to be permanently removed and replaced with a corridor to the university Library, Independent reported.

Muslim students at the university were told that their Friday prayer space was to be taken away due to a "lack of space" during exam season, the paper said. Students on Saturday took part in a public prayer session in the main university square in peaceful protest against the move.

A spokesperson from the UEA Islamic Society said: "We are shocked and appalled that the University, who re-located us...on the condition that they would investigate a permanent solution which they have failed to produce, would take away our only prayer spaces during exam period and before Ramadan".

Over the past few years, Muslim students at the university have used a lecture theatre for prayer and worship. The larger Friday worship sessions take place at a separate location by the Blackdale student residences.

Both arrangements were set up as a temporary solution while the university discussed plans for a permanent prayer space. From Sunday, however, the Muslim student community are to be left with no designated prayer space, a move students say they had not been invited to discuss.

UEA's Student Union has accused the university of discrimination, failing its duties under the Equality Act. Union spokesperson for welfare, community and diversity, Jo Swo, was quoted as saying by the report that the situation had caused "a tremendous amount of anxiety and inconvenience for Muslim students as it has made them feel observed and treated like an inconvenience to the University".

UEA has begun dramatic plans for expansion over the next few years, pledging to recruit up to 3,000 new students by 2030, a rise of 20 per cent. A UEA spokesperson said the Vice-Chancellor would be meeting with students imminently to discuss the matter.

In a statement, the university said: "As part of a 2 million pound investment in new library study spaces and the complete refurbishment of the University's main lecture
theatres the use of a prayer facility near Lecture Theatre 2 will be temporarily unavailable for safety reasons during the building works".