From the Pak mission, the group marched up to 10 Downing Street to stage a protest outside British PM Theresa May’s official residence. 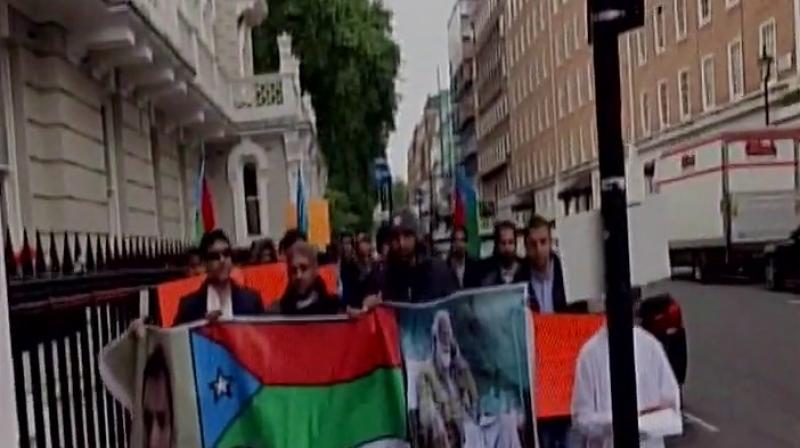 London: The Baloch Republican Party (BRP) held a protest against Pakistani "brutalities" in the restive Balochistan outside the Pakistan High Commission.

The protesters accused the army of the illegal abduction of Baloch women and unleashing bloodshed in the region. "The protest rally was aimed at highlighting and exposing continuous Pakistani army brutalities and bloodshed in Balochistan before the world," BRP president of UK zone Mansoor Baloch said in the statement.

Apart from this, the illegal abduction of Baloch women from different parts of Balochistan including Dera Bugti and Bolan was highlighted, the statement said.

From the Pakistan mission, the group marched up to 10 Downing Street to stage a protest outside British Prime Minister Theresa May's official residence.

The Pakistani forces and intelligence agencies abducted and taken dozens of Baloch innocent civilians to an undisclosed location in Dasht's Jam Mohammad, Zyarathi and other adjacent areas," he added.

The group has urged the international community to join in their protest against Pakistan's action and condemn the so-called China-Pakistan Economic Corridor (CPEC), which was against the will of the Baloch people.