Turkey is especially concerned about the possible disintegration of war-torn neighbors Iraq and Syria. 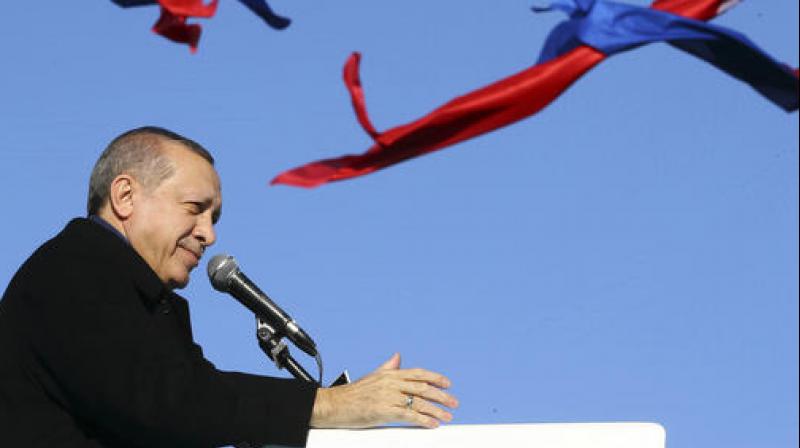 Istanbul: Turkey's president says he is interested in hearing US President Donald Trump's policies on the Middle East.

President Recep Tayyip Erdogan told reporters before departing on an African tour on Sunday that Turkey wants a Mideast where countries' territorial integrity is upheld and the region is not "shattered."

Turkey is especially concerned about the possible disintegration of war-torn neighbors Iraq and Syria.

Erdogan says efforts are underway to set a date for a possible meeting between him and Trump. He says he would bring up the situation in the Middle East during their first meeting.

Erdogan says that as the "most powerful" country in the region as well as an "arbiter," Turkey is most concerned with how the new president will affect U.S. Middle East policy.