North Korea, US clash at disarmament forum on nuke issue

N Korea is developing missile and nuclear technology amid regular threats to destroy the US and Japan and in defiance of UNSC resolutions. 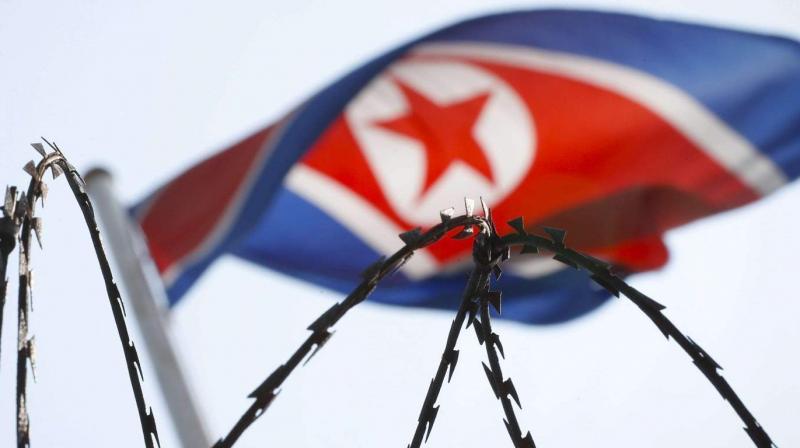 Han, addressing the UN-sponsored Conference on Disarmament, said nuclear tests in 2017 had allowed his country to 'perfect a national nuclear force' in a transparent manner. (Photo: AP | Representational)

Geneva:  North Korea said on Tuesday it had a "powerful and reliable" nuclear deterrent to thwart any attack and accused the United States of deploying military assets nearby under the pretext of ensuring security at the Pyeongchang Winter Olympics.

"This is a dangerous act of throwing a wet blanket over the current positive atmosphere of inter-Korean relations ... which could drive again into an extreme phase of confrontation," Han Tae Song, North Korea's Ambassador to the United Nations in Geneva, said.

South Korean President Moon Jae-in said on Monday a thaw in relations between the two Koreas ahead of next month's Winter Olympics presented a "precious chance" for the United States and North Korea to discuss the North's weapons programmes.

North Korea is developing missile and nuclear technology amid regular threats to destroy the United States and Japan and in defiance of UN Security Council resolutions.

Han, addressing the UN-sponsored Conference on Disarmament, said nuclear tests in 2017 had allowed his country to "perfect a national nuclear force" in a transparent manner.

"Thus DPRK (North Korea) at last came to possess a powerful and reliable war deterrent," he told the Geneva forum.

"I am proudly saying that DPRK's nuclear force is capable of frustrating and countering any nuclear threats from the US and it constitutes a powerful deterrent that prevents the US from starting an adventurous war."

Han said as a "responsible nuclear power" North Korea could not resort to using the weapons unless hostile forces violate its sovereignty or interests.

US disarmament ambassador Robert Wood said: "The United States will not recognise North Korea as a nuclear weapon state.

"If the North wishes to return and be in the good graces of the international community, it knows what it has to do, it has to take steps toward denuclearisation of the Korean peninsula."

In an earlier speech on Tuesday, United Nations disarmament official Izumi Nakamitsu welcomed an easing of tensions between North and South Korea but called for further steps towards removing nuclear weapons from the divided peninsula.