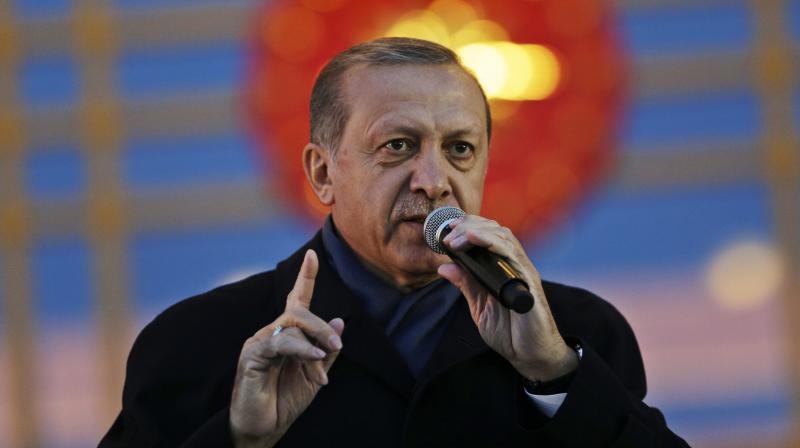 The two leaders are on opposite sides of the conflict.

The two leaders are on opposite sides of the conflict: Russia provides critical support to the Syrian government, while Turkey has backed rebel groups fighting President Bashar al-Assad's forces.

Despite this, they have worked closely to find a political solution to the seven-year conflict. Russia and Turkey have agreed to coordinate ground operations in Syria following US President Donald Trump's shock announcement on pulling 2,000 American troops out of Syria last month.

In a speech on Monday, Erdogan said he would discuss with Putin the creation of a Turkish-controlled "security zone" in northern Syria, suggested by Trump. The US-allied Kurds, who control much of northern Syria, have rejected the idea, fearing a Turkish offensive against territory under their control.

Moscow, a long time supporter of Assad, is likely to oppose the plan, with Russian Foreign Minister Sergei Lavrov last week saying Damascus must take control of the country's north. Nearly eight years into Syria's deadly conflict, the US pullout has led to another key step in Assad's Russian-backed drive to reassert control over the country.

Kurdish forces who were left exposed by Trump's pledge to withdraw US troops have asked the Syrian regime for help to face a threatened Turkish offensive. The Kremlin hailed the entry by Syrian forces into the key northern city of Manbij for the first time in six years after Kurds opened the gates.

Moscow plans to organise a three-way summit with Turkey and Iran at the beginning of this year as part of the Astana peace process, launched by the three countries in 2017. "So far, no date has been set but after negotiations with Erdogan, we will begin preparations for the trilateral summit," Putin's foreign policy aide Yuri Ushakov told reporters last week.

The last meeting between Putin, Erdogan and Iran's Hassan Rouhani took place in Iran in September last year with the fate of the rebel-held Idlib province dominating the agenda.

Ties between Russia and Turkey plunged to their lowest level in years in November 2015 when Turkish forces shot down a Russian warplane over Syria.