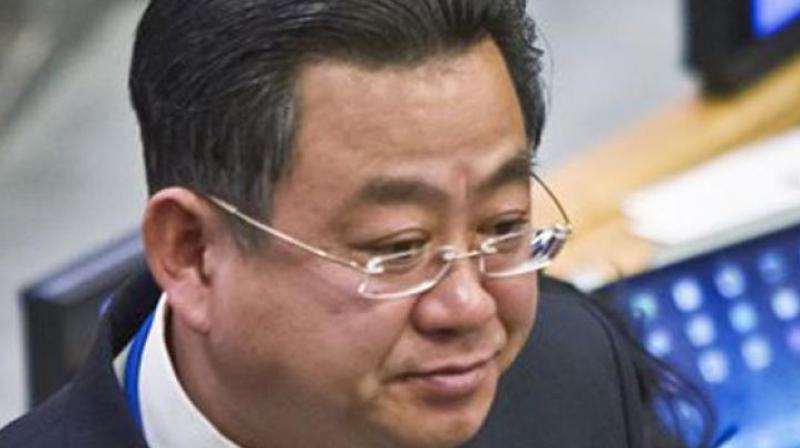 Geneva: North Korea has nothing to fear from any US move to broaden sanctions aimed at cutting it off from the global financial system and will pursue “acceleration” of its nuclear and missile programmes, a North Korean envoy said on Tuesday.

This includes developing a “pre-emptive first strike capability” and an inter-continental ballistic missile, said Choe Myong Nam, deputy ambassador at the North Korean mission to the UN in Geneva.

Meanwhile, White House press secretary Sean Spicer on Wednesday said, “The US, in coordination with our allies, is exploring a new range of diplomatic, security, and economic measures in response to the grave and escalating threat posed by North Korea’s nuclear and ballistic missile programmes.”

Mr Chloe said, “I think this is stemming from the visit by the (US) secretary of state to Japan, South Korea and China... We of course are not afraid of any act like that.”

He said, “Even prohibition of the international transactions system, this kind of thing is part of their system that will not frighten us.”

Plane with 22 people on board missing in Nepal's mountains