The two men, an Iranian and an Afghan, reported to the camp's infirmary with buckshot wounds 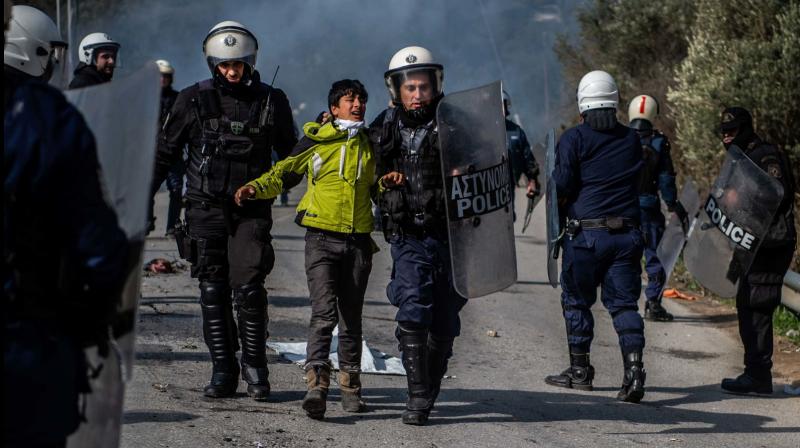 Police on the Greek island of Lesbos detain a youth during clashes near the Moria refugee camp. (AFP Photo)

The two men, an Iranian and an Afghan, reported to the camp's infirmary with buckshot wounds late Wednesday, sources at the Moria camp said.

They were taken to the local hospital but their condition was not deemed serious.

The men told police they had ventured out of the camp, which is under lockdown alongside the rest of Greece's migrant facilities to limit the spread of the virus.

There have been coronavirus cases in two camps and a migrant hotel on the Greek mainland, where 150 people tested positive this week.

So far, no cases have been reported in camps on the islands, with no widespread screening conducted by authorities.