US, Russia trade barbs at UN over 'new arms race'

But China's UN ambassador, Zhang Jun, said Beijing 'has no interest' in being part of any arms control treaty with Russia and the US. 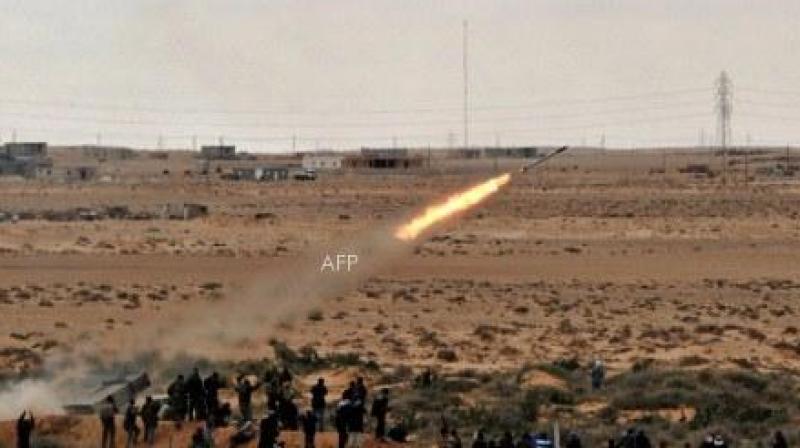 Russia and the US traded accusations at the United Nations Thursday of risking a new arms race as China said it would play no part in any new missile deal. (Photo: AFP)

United Nations: Russia and the US traded accusations at the United Nations Thursday of risking a new arms race as China said it would play no part in any new missile deal.

The United States and Moscow ditched the Intermediate-Range Nuclear Forces (INF) treaty after blaming each other for violating the accord. Deputy Russian Ambassador to the United Nations Dmitry Polyanskiy told the Security Council that Washington's testing of a ground-launched missile earlier this week showed "America is ready for an arms race."

Russia had requested the meeting after the US tested a type of missile that was banned under the 1987 INF agreement, which restricted such medium-range weapons. Polyanskiy added that Russia, on the other hand, was ready for "serious dialogue" over arms control, accusing European countries of tolerating the US's actions.

"The Russian Federation and China would still like a world where the United States exercises self-restraint while they continue their arms buildups unabated and unabashed," said his US counterpart Jonathan Cohen. "US flight tests to develop a ground-launched, conventional capability are neither provocative nor destabilising. We will not stand idle," he added.

The missile tested on Sunday was a version of the nuclear-capable Tomahawk cruise missile. The ground-launched version of the Tomahawk was removed from service after the INF was ratified. The US launch came weeks after a deadly explosion at a Russian testing site, which Western experts linked to Moscow's attempts to develop a nuclear-powered missile.

The blast killed five scientists and caused a spike in radiation levels, although Russian authorities have remained tightlipped on the nature of the explosion. "What exactly happened on August 8th in Russia? What caused the explosion, what system was it, and what purpose does that system serve?" Cohen added.

He said the US was interested in "serious arms control" that includes China and "goes beyond treaties focused on limited types of nuclear weapons or missile ranges." But China's UN ambassador, Zhang Jun, said Beijing "has no interest" in being part of any arms control treaty with Russia and the US.