'No place in new India for corruption': PM Modi declares at UNESCO in Paris

Modi said India is now surging ahead, 'mandate we got was not merely for running a govt but for building a new India.' 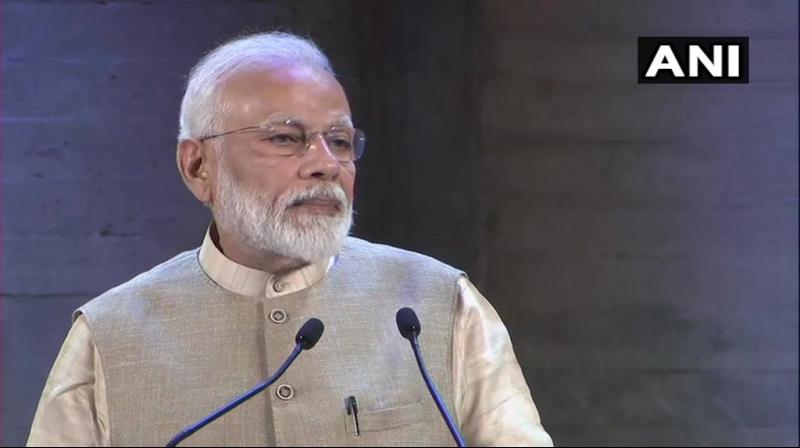 'In new India, the way in which action is being taken against corruption, dynasty politics, loot of people's money, terrorism, this has never happened before,' PM Modi said. (Photo: ANI)

Paris: Prime Minister Narendra Modi addressed the Indian diaspora in France on Friday during the first leg of his three-nation tour. He also unveiled a memorial for the victims of the two Air India plane crashes in Saint Gervais, near the French Alps.

Addressing the audience, Modi said, “I salute all those including the great Indian nuclear physicist Homi Bhaba, who lost their lives in the two crashes (Air India plane crashes, in 1950 and 1966 in France's Saint Gervais)."

He said that India is now surging ahead and the mandate we got was not merely for running a government but for building a new India.

He said that he has come to a nation of football lovers. Talking about the importance of taking a goal, he said it is the ultimate achievement. He said, "In last 5 years, we set goals which were earlier considered impossible to fulfil.”

Talking about fighting corruption he said, “In new India, the way in which action is being taken against corruption, dynasty politics, loot of people's money, terrorism, this has never happened before. Within 75 days of the new government coming to power we took many strong decisions,” he added.