Tensions are mounting as the West accuses Moscow of threatening to invade Ukraine by massing over 100,000 troops on its border 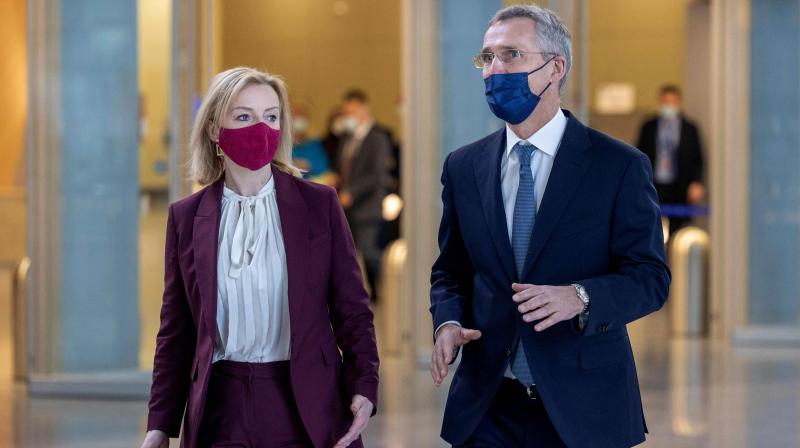 "NATO will continue to take all necessary measures to protect and defend all Allies, including by reinforcing the eastern part of the Alliance. We will always respond to any deterioration of our security environment," NATO Secretary General Jens Stoltenberg said in a statement.

The Western alliance pointed to decisions in recent days by Denmark to send a frigate and warplanes to the Baltic states, Spain bolstering naval deployments and the Netherlands putting a "ship and land-based units on standby" for its rapid response force.

The statement also highlighted a recent offer from France to send troops to Bulgaria and said "the United States has also made clear that it is considering increasing its military presence".

Tensions are mounting as the West accuses Moscow of threatening to invade Ukraine by massing over 100,000 troops on its border. Russia denies it is planning an incursion.

NATO's eastern members have been calling for reinforcements.

Latvia's foreign minister Edgar Rinkevics tweeted: "We are reaching the point where continuous Russian and Belarusian military buildup in Europe needs to be addressed by appropriate NATO countermeasures.

"It is time to increase allied forces presence in the alliance's Eastern flank both as measures of defence and deterrence."

The alliance is preparing a proposal for further talks with Russia after the Kremlin issued a raft of demands that would see NATO stop Ukraine joining and roll back its forces in eastern Europe.

NATO insists it will not negotiate over its "core principles" including defending all allies and allowing partners to chose their own path.

The alliance bolstered its forces in the Baltic states after Russia's 2014 seizure of Crimea from Kyiv and is currently weighing plans to deploy more troops to Romania and Bulgaria.