The EU has had a team for years to dispel lies and untruths about the EU in the British popular press. 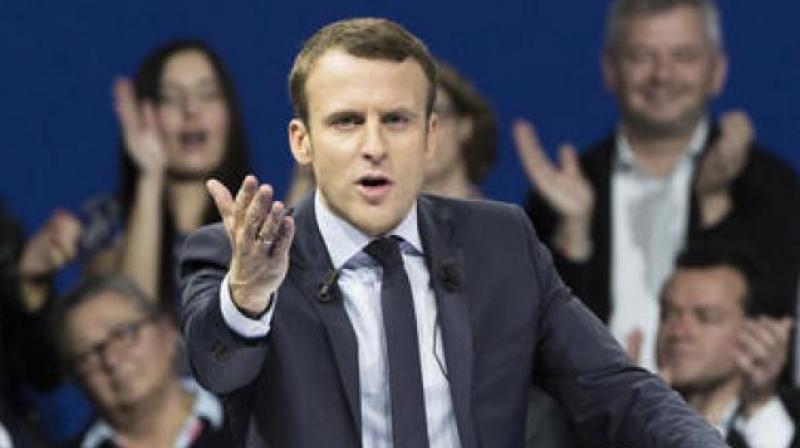 Brussels: The European Union's head office has thrown its weight behind Emmanuel Macron in the French presidential runoff against Marine Le Pen, arguing it is a choice between the defense of the EU or those seeking its destruction.

And even beyond the exceptional show of voting advice when it usually is scrupulously neutral, the European Commission also said it would vet campaign arguments and counter them if they told lies about the EU.

"We have tools in Brussels and also in Paris that allow us to clarify things and dispel untruths and Euro-myths if necessary," said Margaritis Schinas, the spokesman for EU Commission President Jean-Claude Juncker.

The EU has had a team for years to dispel lies and untruths about the EU in the British popular press. He insisted the Commission would not take part in the campaign itself.

Schinas said circumstances forced Juncker's hand in going public with his preference. "The choice was a fundamental one," he said, adding Macron represents the pro-European values while Le Pen "seeks its destruction."

Independent candidate Macron led the first round of the presidential elections on Sunday and will face Le Pen of the extreme-right National Front in the May 7 runoff.

Even during the Brexit referendum campaign last year, the Commission kept a low profile, realizing that any perception of meddling would be punished by anti-EU media in Britain. It didn't help, since Britain voted to leave the EU.

The Brexit vote caused an existential jolt to the EU, but since Britain has always been a halfhearted member, people were always convinced the EU could survive without the British.

With France, which stood at the cradle of the EU and staunchly defended it over the past 60 years, it is different.

"France is a key EU member. It is a founding nation. It is one of nations that incarnates and symbolizes the values of European integration," said Schinas.

Le Pen has said she wants to leave the euro currency and hold a referendum on EU membership. Many would see a Frexit as the death knell of the EU.

"There only was one choice: the defense of what Europe incarnates and the option that seeks its destruction," Schinas said.

Germany, another founding member, also backed Macron. Foreign Minister Sigmar Gabried said Macron would offer the chance of a "new beginning" for Europe while Le Pen's program "could cost hundreds of thousands, if not millions, of jobs in France and all over Europe."

Macron also received the backing of another French neighbor, Spain, with Foreign Minister Alfonso Dastis saying Macron would mark a break in the rise of extremist populist parties in Europe.