German govt spokesperson Seibert said it was good that Macron, who focused on strong EU and social market economy, won. 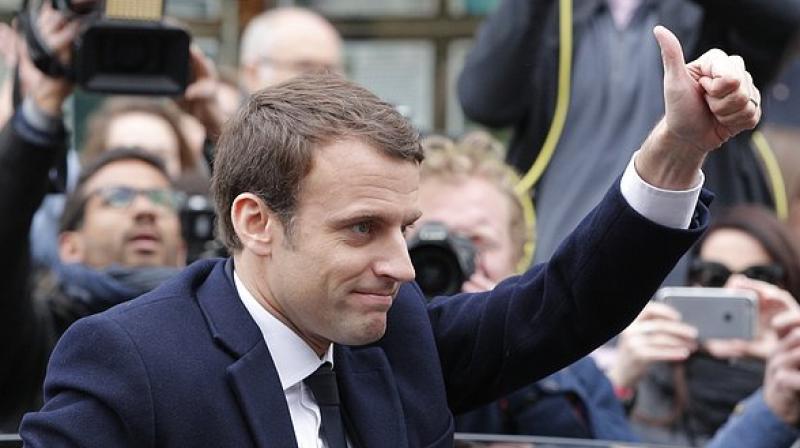 With Macron topping the first round of the French presidential election, projections show that he is set to face Front National's Marine Le Pen in a race that has knocked France's traditional political parties out of the running. (Photo: AP)

Moscow: Following the victory of French independent candidate Emmanuel Macron in the first round of the French presidential election, German government spokesman Steffen Seibert expressed his satisfaction with the result.

"It is good that Emmanuel Macron with his focus on strong EU + social market economy has success. Good luck for the next two weeks," Seibert tweeted.

The first results from the Interior Ministry, after the processing of about 70 percent of the ballots cast in the first round, put him in the first place. Far-right Marine Le Pen is expected to come second.

With Macron topping the first round of the French presidential election, projections show that he is set to face Front National's Marine Le Pen in a race that has knocked France's traditional political parties out of the running.

"In one year we have changed the face of French political life." He said he represented "optimism and hope," Macron said in front of an ecstatic and raucous crowd in Paris, adding a dig at Le Pen by saying he would be a president of "patriots" against the "nationalist threat".

However, it was also a success for Le Pen, who has spent years attempting to rid the Front National of the toxic legacy of her father. "It is time to free French people from arrogant elites ... I am the people's candidate," she announced.

The first round of the French polls was held under tight security in the wake of the terror attack in Paris on Thursday night, which disrupted the final day of campaigning on Friday.