Nearly 47 million people were eligible to vote in the eurozone’s second biggest economy. 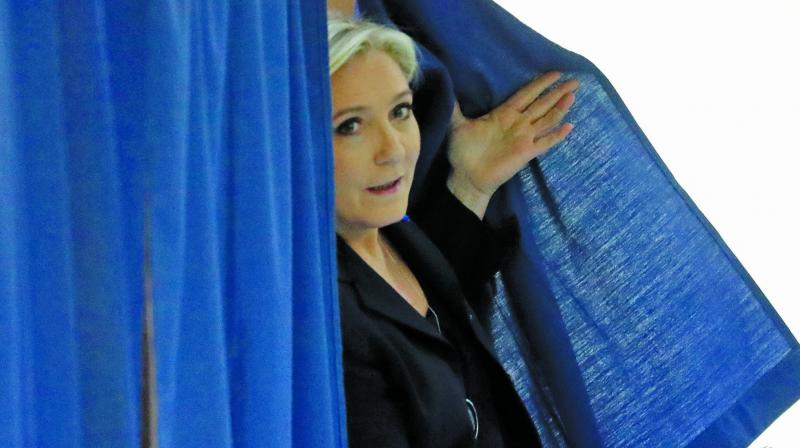 Paris: French voters flocked to the polls under heavy security on Sunday in the first round of a cliffhanger presidential election seen as vital for the future of the ailing European Union.

Far-right leader Marine Le Pen and centrist Emmanuel Macron are the favourites to progress to a run-off on May 7, but late gains by conservative Francois Fillon and radical leftist Jean-Luc Melenchon blew the race wide open.

Ms Le Pen, the 48-year-old leader of the anti-immigration National Front (FN), hopes to capitalise on concerns about security that were catapulted to the fore of the campaign after the killing on Thursday of a policeman on Paris’ Champs Elysees avenue. The ISIS group claimed the attack.

Nearly 47 million people were eligible to vote in the eurozone’s second biggest economy.

Voting was brisk on a bright spring day, defying forecasts of a low turnout after a campaign dominated by scandals and disillusionment with mainstream parties.