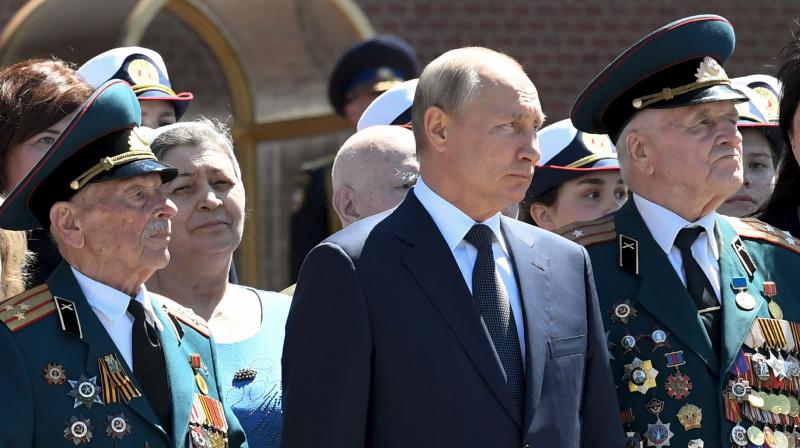 New Delhi: Russia on Tuesday said it would not mediate in the Sino-Indian border dispute and said that both Asian countries were capable of bilaterally handling the issue peacefully.

Interacting with reporters through video conference after a trilateral meeting of the Russia-India-China (RIC) video-conference meeting at the foreign ministerial level, Russian Foreign Minister Sergey Lavrov however hoped both Asian neighbours would remain committed to the peaceful resolution of the issue. The comments come a week after the deadly border clash between Indian and Chinese troops at the Galwan valley in the Ladakh sector in which both sides suffered casualties.

Russia maintains close ties with both India and China and its views are therefore seen as extremely important. Moscow is also an important supplier of cutting-edge defence platforms to India and has time-tested ties with New Delhi that go back decades as the erstwhile Soviet Union.

In response to a media query, the Russian Foreign Minister said, “You asked me whether Russia can contribute to better relations between India and China, ... We never sought to help India and China build better relations because they have everything they need to solve every kind of problem which may possibly arise between them. It’s ok to have problems with your neighbours and with other countries ... I don’t think India and China need any help from the outside ... especially when it comes to concrete issues. They can solve them on their own. ... I see no reason why Russia or anyone else would be imposing their services on India and China to help them solve their own problems.”

Mr. Lavrov added, “On the recent events, New Delhi and Beijing have already shown their commitment to peaceful resolution, after this incident, they already started meetings at the level of defence officers, foreign ministers and by the way neither of the two made any statements that would indicate that any of them would proceed with other non-diplomatic solutions. We hope the situation will continue to be peaceful, they will continue to be committed to peaceful resolution of disputes.”

The Russian Foreign Minister further said, “We maintain very close contact with India and China inside (multilateral fora) BRICS and SCO. ... the very fact that we have very close cooperation helps to foster the dialogue between India and China. They have very good ongoing dialogue and can work together to promote their economic and financial and other interests. ... I can tell you their relations have gone a very long way. In the last couple of years, they made huge progress.”