Authorities were first alerted about the attack in the old quarter of Schaffhausen at 10:39 am (0839 GMT), the ATS news agency said. 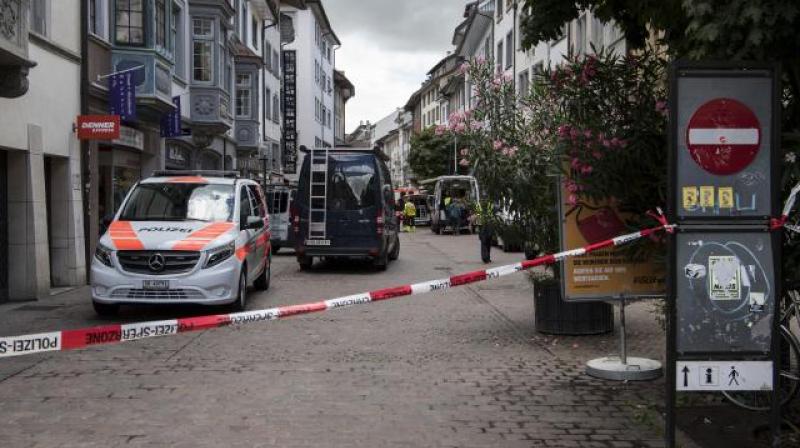 Police shut down the town of Schaffhausen in Switzerland, while they search for an unknown man who attacked people. (Photo: AP)

Geneva: A man armed with a chainsaw injured at least five people in Switzerland on Monday and is on the run after a rampage that police said was not "a terrorist act".

Authorities were first alerted about the attack in the old quarter of Schaffhausen at 10:39 am (0839 GMT), the ATS news agency said.

Police officers, ambulances and helicopters then rushed to the scene and sealed off the area, evacuating businesses and pedestrians, according to multiple media outlets.

"For now, there are five people injured two seriously and three lightly," Schaffhausen police spokeswoman Cindy Beer said in a video clip posted on the Blick news site, adding that all the victims had been hospitalised.

Witnesses, including a local shop manager, told Blick the attacker was wielding a chainsaw.

The attacker has been identified and is believed to be on the run in a vehicle, ATS said, citing the police. According to the agency, police have said the attack was not "a terrorist act."