Russia joins Paris climate accord ahead of key summit

While many countries will be present at the summit at the head of state level, Russia is only sending a deputy environment minister. 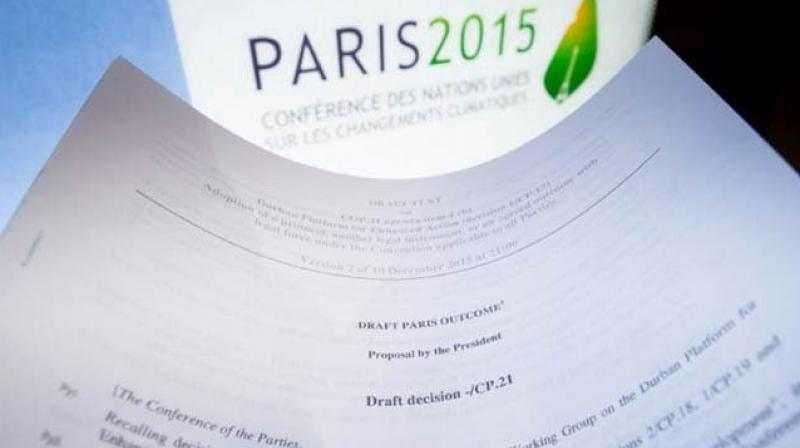 The document signed by Prime Minister Dmitry Medvedev says that Russia is formally accepting the 2015 Paris agreement and will now "allocate financial resources... to developing countries for prevention of and adaptation to climate change."

The Paris Agreement, which Russia signed in 2016, gives countries a choice in how to join the accords by ratification, acceptance, approval or accession to the agreement, depending on their national legislation.

The decision to "accept" the accord signifies "Russia's consent to the obligations under the Paris Agreement", the government said in a statement.

Presenting his decree at a government meeting, Medvedev said that it is important for Russia to participate in the process of reducing emissions.

"The threat of climate change is (the) destruction of the ecological balance, increased risks for successful development of key industries... and most importantly, threat to safety of people living on permafrost and increase of natural disasters."

The news came just hours ahead of a new major UN climate summit, which aims to reinvigorate the faltering Paris accord as mankind is releasing more greenhouse gases than ever into the atmosphere.

While many countries will be present at the summit at the head of state level, Russia is only sending a deputy environment minister.

Russia's environment minister Dmitry Kobylkin said that the country now has to set targets for "decreasing anthropogenic emissions and increasing absorption of greenhouse gases" as well as adapt Russia to the changing climate.

"Realisation of the Paris Agreement will demand that we carry out ambitious tasks," he said in a statement, promising to "stimulate energy-efficient and low-carbon technology" in the country.

One of the world's key energy producers, Russia has remained one of the largest economies and polluters that signed but failed to ratify the accord.

Russia's leadership has voiced increased concern over the changing climate and President Vladimir Putin recently pointed out that Russia is warming more than twice as fast as the rest of the world, and its Arctic infrastructure is especially under threat.

He said that Russia's energy system is already "one of the greenest in the world" because of use of natural gas.

He has previously warned about excessive use of renewable energy, which he claimed is dangerous for worms.

"Will it be comfortable to live on a planet full of wind turbines and covered in several layers of solar panels?" he said in July, adding that turbines "shake so hard that worms crawl out of the ground."

Greenpeace Russia welcomed the decision to accept the Paris Agreement.

"Russia's actions have great significance: our country has a huge potential to cut down on greenhouse gas emissions," the environmental organisation said in a statement.