The flames have advanced westward and have entered Donana National Park, one of Spain's most important nature reserves. 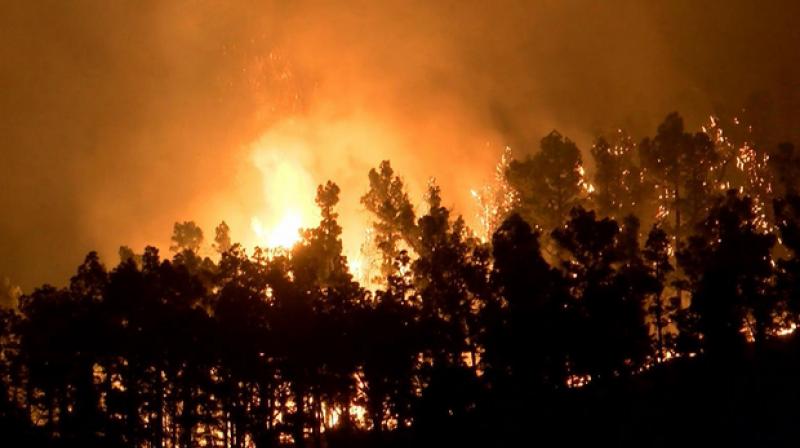 Several thousand people were evacuated when a huge wildfire raging out of control in southern Spain reached the edge of the upmarket tourist resort of Marbella on the Costa del Sol. Hundreds of British expats have been forced to leave their homes and find shelter in evacuation centres. (Photo: Representational/ AP)

Madrid: A forest fire in southern Spain has forced the evacuation of 1,000 people and is threatening a national park famous for its biodiversity, authorities said Sunday.

The flames have advanced westward and have entered Donana National Park, one of Spain's most important nature reserves. Its over 50,000 hectares (123,550 acres) of wetlands and woods are an important stop for migratory birds from Africa and Europe and home to a variety of animals, including the highly endangered Iberian lynx and the Iberian imperial eagle.

"The fire has entered in the limits of the reserve, and that is where we are focusing our efforts," Jose Gregorio Fiscal Lopez from the regional Andalusian authority in charge of the environment told Spanish national television.

Susana Diaz, the regional president of Andalusia, said "there's no risk to the population" after a 1,000 people were evacuated from campsites and houses near the town of Moguer on Spain's southern coast where the fire started on Saturday night.

"It's still very early, but we are not ruling out the human factor" as a possible cause of the fire, said Diaz.