Trump and Johnson met on the sidelines of the Group of Seven (G7) summit hosted by France in Biarritz. 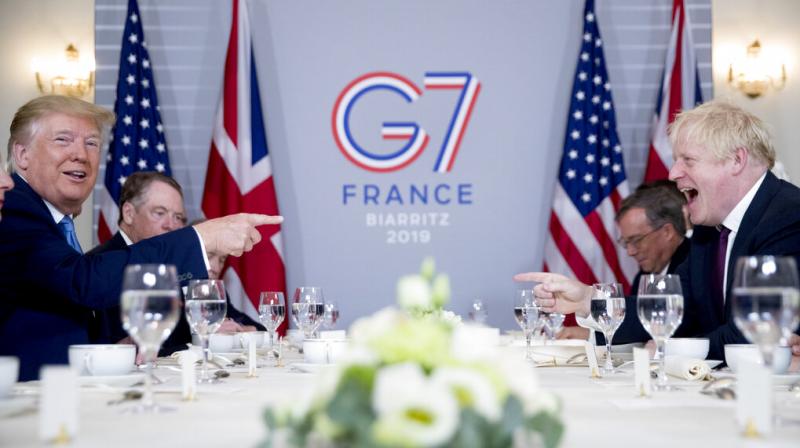 Johnson desperately needs a US trade deal post-Brexit, as Britain will lose its easy access to the EU’s single market. (Photo: AP)

Speaking on the sidelines of the Group of Seven summit in France, Trump was asked what his advice was for Britain’s departure from the European Union.

Trump responded: “He needs no advice. He is the right man for the job.”

Johnson replied that the president was “on message there.”

The much-anticipated meeting was the first since Johnson took Britain’s top job last month. The pair met for a working breakfast on Sunday after being photographed on Saturday night walking and talking on the margins of the summit.

Johnson desperately needs a US trade deal post-Brexit, as Britain will lose its easy access to the EU’s single market.