Pak atrocities in Karachi, Sindh greater than what it claims in J&K: MQM

It might also be possible that the oppressed people would launch a united freedom movement under one platform, he opined. 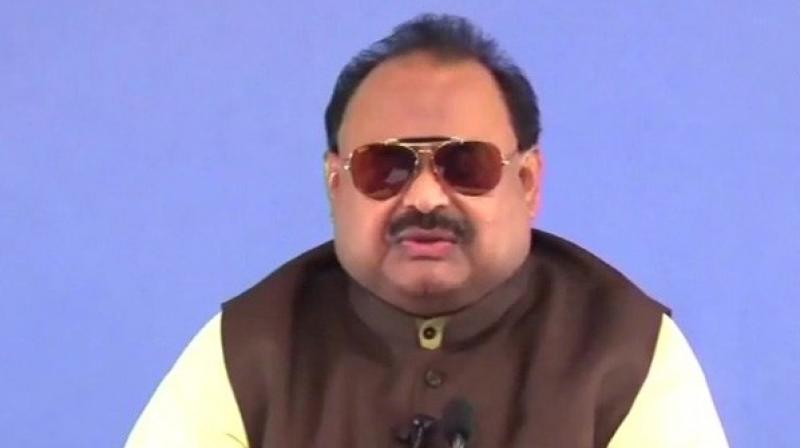 In 1992, a military crackdown was launched against the Mohajirs in Karachi. The MQM said this is still in full swing and thousands have been extrajudicially executed and many disappeared. (Photo: ANI)

London: The Central Coordination Committee (CCC) of the Muttahida Qaumi Movement (MQM) has said that Pakistan is committing atrocities in Karachi and other cities of Sindh province, which are comparatively greater than what it claims is happening in Jammu and Kashmir.

The institutions in Pakistan are subjecting innocent Mohajirs, Balochs, Pashtuns, Sindhis and other oppressed people in the country to "vehement torture and agony" and the scale of such atrocities is "enormous". These atrocities in Karachi and other cities are being inflicted by the "demonic military" and paramilitary troops in Pakistan, it said on Saturday.

Raza said Pakistan's "ghoulish" military has butchered thousands of innocent Mohajirs in the garb of the crackdown against the criminals and many have been kidnapped from their houses and their whereabouts are not known.

Noting that no state institution in Pakistan is ready to listen to Mohajirs and others, Raza said, "The MQM could also seek assistance from the democracies of the world against the injustices, atrocities and genocide of the Mohajirs."

It might also be possible that the oppressed people would launch a united freedom movement under one platform, he opined.

He repeated the MQM's demand that Pakistan military should now stop inflicting atrocities on Mohajirs and others and should work within the constitutional ambit.

Raza accused Pakistan's military and civilian leaders with having played with the fate and future of Kashmir.

He said, "MQM's founder and leader (Altaf Hussain) is even today saying that he believes in a peaceful and unarmed struggle for the rights usurped by the military. (But) enough is enough and Mohajirs and the other oppressed are now free to decide whether they would like to continue with peaceful means or choose to resists the tyrant military of Pakistan."

Mustafa Azizabadi said the MQM is concerned over the situations in Jammu and Kashmir but the fact is that there are atrocities in Karachi and other cities at the hands of Pakistan's military.

"So with what face it (Pakistan) accuses India of atrocities in Kashmir?" he asked.

Arshad Hussain said, "The so-called brave Pakistan military is yelling out with full force about Kashmir but at the same time, it is inflicting colossal atrocities on Mohajirs, Balochs, Pashtuns and the other oppressed in Pakistan."

He said, "The gallantry of the so-called brave Pakistan military is limited to sealing the MQM's headquarters, Nine Zero in Azizabad. The military should bear in mind that they could not suppress the Mohajirs, Balochs, Pashtuns and others for a longer time."

Manzoor Ahmed said Pakistan always does advocacy for Jammu and Kashmir. On the other hand, Pakistan used force and occupied the state of Kalat (in Balochistan), which, in fact, was not willing to merge with Pakistan, he added.

In 1992, a military crackdown was launched against the Mohajirs in Karachi. The MQM said this is still in full swing and thousands have been extrajudicially executed and many disappeared.

In 1996, the government of Benazir Bhutto was dismissed on charges of corruption and extrajudicial killings of the Mohajirs but not a single person among those involved in those massacres was ever tried or taken to task. MQM men are targeted and killed extrajudicially in Karachi, it added.