Many Sikhs in UK reject being described as Indian

The Sikhs would prefer a separate ethnic category created for a Sikh identity, according to UK Sikh Survey 2016. 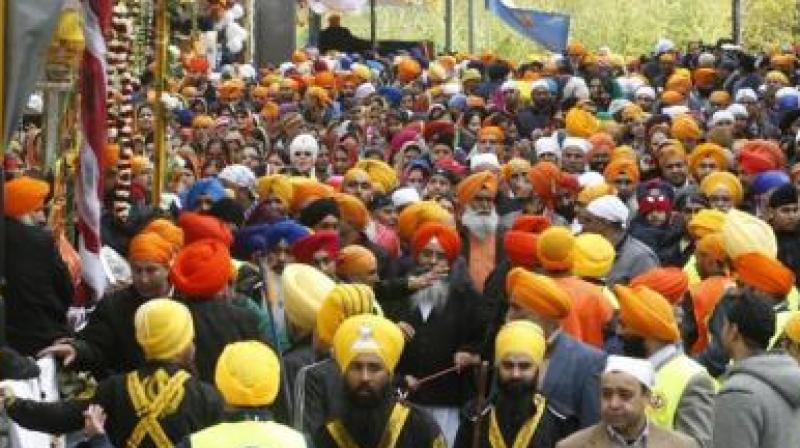 London: Many Sikhs in the UK reject being described as Indian or Asian and would prefer a separate ethnic category created for a Sikh identity, according to the findings of the UK Sikh Survey 2016 released today.

The annual survey by the Sikh Network, involving 4,500 respondents from across the UK, also found that the community continues to face discrimination and hate crimes.

"This report contains the network's findings and is intended to assist government departments, other public bodies and political parties to understand existing trends and developments of the British Sikh community.

"19 out of 20 Sikhs reject being described as 'Indian' or 'Asian'; 93.5 per cent of Sikhs would welcome the inclusion of a separate ethnic tick box for Sikhs in the Census 2021; and more than 94 per cent of Sikhs would welcome a Statutory Code of Practice for the five Ks [kesh, kara, kanga, kachha and kirpan] and Sikh turban," the survey concludes.

It also highlights some "serious" implications for UK-India relations, with a majority of respondents calling for an "independent public inquiry" into the actions of the UK government in the lead up to and after the June 1984 Operation Blue Star action at Golden Temple in Amritsar.

"92 per cent think there should be an independent public inquiry to establish the full facts about UK government involvement in the attack on Sri Harmandir Sahib in 1984," the report says.

"Sikhs have remained 'invisible' to the government since 9/11 despite increased levels of discrimination and hate crimes targeting Sikhs. There are many important messages in the report around the unique British Sikh identity; discrimination, hate crime and grooming; education, employment and contribution to society and political activism and representation," Sikh Federation UK said.

The report found that Sikhs who wear religious iconography or clothing are most likely to experience abuse, with men in turbans more vulnerable than women.

The most common places where discrimination is experiences are airports and public transport.

The survey also notes that hate crimes against Sikhs are "wrongly" recorded as Islamophobic incidents by police, leading to a distortion of data.

It highlights that Sikhs form one of the most highly educated groups in the UK, with 58 per cent having a degree or equivalent. Unemployment among Sikhs is almost half the general UK jobless rate, with more than one in five self-employed.