India is not a member country of the G7, and the invitation to participate in the summit was extended by France. 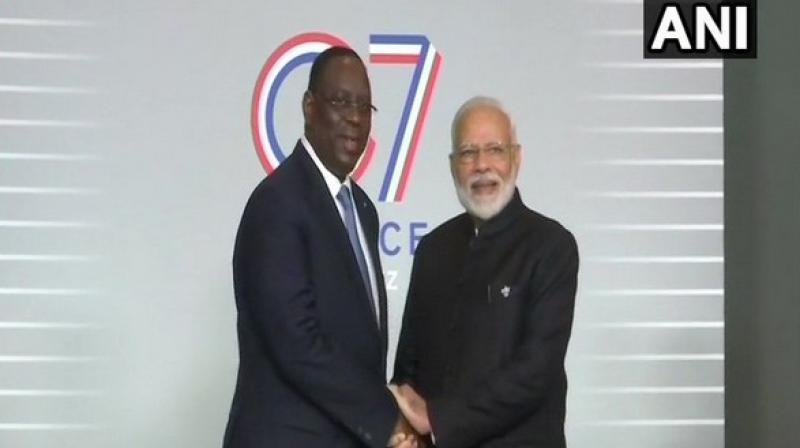 Biarritz: Prime Minister Narendra Modi on Monday met President of Senegal, Macky Sall, and discussed counter-terrorism and bilateral ties, on the sidelines of the G7 summit in Biarritz

Modi is in Biarritz of Paris to attend G7 Summit hosted by French President Emmanuel Macron.

India is not a member country of the G7, and the invitation to participate in the summit was extended by France.

On the first day of his visit, Modi met his British counterpart Boris Johnson and Secretary-General of the United Nations, Antonio Guterres.

At the G7 summit, Modi is expected to speak during sessions on the environment, climate, oceans, and digital transformation, besides also holding bilaterals with leaders of other countries participating in the two-day summit being held here.