Latest coronavirus updates from around the world

More than 2.97 million people have been reported to be infected and 205,948 have died, according to a Reuters tally, as of on Monday 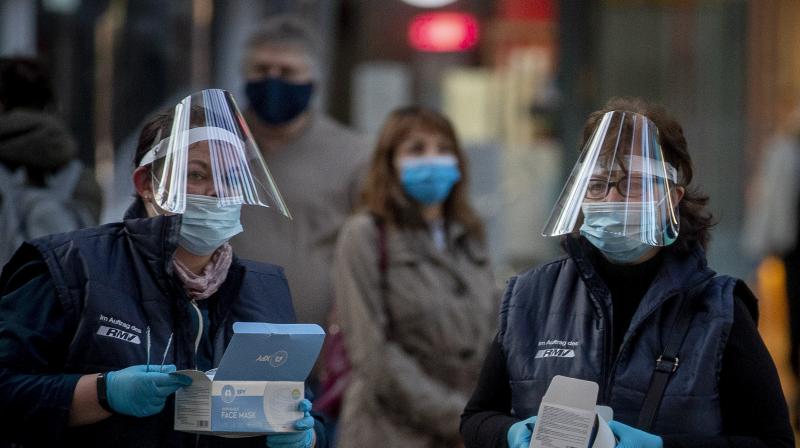 More than 2.97 million people have been reported to be infected by the novel coronavirus globally and 205,948 have died, according to a Reuters tally, as of on Monday.

* Italy reported 260 more deaths on Sunday, the smallest daily tally since March 14, and said it plans to allow factories and building sites to reopen from May 4 and permit limited family visits.

* British Prime Minister Boris Johnson is expected to announce plans for easing a month-old lockdown as early as this week after he returned to Downing Street on Sunday night, the Telegraph reported.

* A group of 25 Dutch high school students arrived back in the Netherlands in a two-mast schooner on Sunday, as airline restrictions forced them to sail it home from the Caribbean.

* Colorado, Mississippi, Minnesota, Montana and Tennessee were set to join other states in reopening businesses, while Oklahoma governor called on U.S. President Donald Trump to declare the pandemic an “act of God”.

* The U.S. government notified lenders on Sunday that it will cap how much each bank can lend under the emergency loan program.

* Argentina will extend a mandatory nationwide quarantine period until May 10, while Honduras will extend the blanket curfew by one week until 2100 GMT on May 3.

* Mexico reported 835 new cases and 46 additional fatalities. It also returned most occupants in government migrant centres to their countries of origin.

* Prime minister Narendra Modi urged Indians to comply with a nationwide lockdown and social distancing measures on Sunday, a day after some of the world’s toughest restrictions were eased slightly while cases of COVID-19 continued to mount.

* More than a million Australians rushed to download an app designed to help authorities trace close contacts of COVID-19 patients.

* Egypt has asked the International Monetary Fund for financial support and will begin talks with it within days.

* Iran plans to reopen mosques in parts of the country that have been consistently free of the outbreak.

* Saudi Arabia eased curfews across the country, while keeping 24-hour curfews in Mecca and in neighbourhoods previously put in isolation.

* Israel permitted some businesses to reopen and said it would consider allowing children back to school.

* Asian shares bounced as the Bank of Japan (BOJ) announced more stimulus steps, while oil took another spill as the world ran short of space to store it all.

* The Bank of Japan ramped up risky asset purchases and pledged to buy unlimited amounts of government bonds.