Europe is going back to school despite recent virus surge

While the US’ back-to-school saga has been politicized and chaotic, European governments have faced less of an uproar 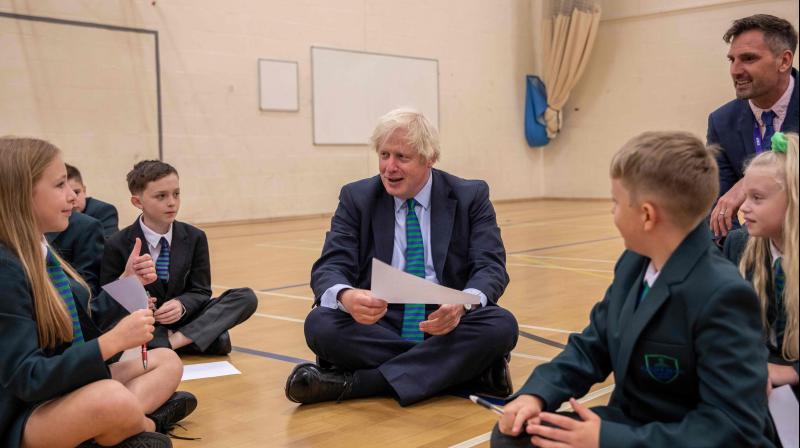 Paris: A mother and her three children scanned the school supplies in a Paris supermarket, plucking out multicoloured fountain pens, crisp notebooks – and plenty of masks. Despite resurgent coronavirus infections, similar scenes are unfolding across Europe as a new school year dawns.

Virus or no virus, European authorities are determined to put children back into classrooms, to narrow the learning gaps between haves and have-nots that deepened during lockdowns – and to get their parents back to work.

While the U.S. back-to-school saga has been politicized and chaotic, with a hodgepodge of fast-changing rules and backlash against President Donald Trump’s insistence on reopening, European governments have faced less of an uproar.

And even though the virus has invaded classrooms in recent days from Berlin to Seoul, and some teachers and parents warn that their schools aren’t ready, European leaders from the political left, right and center are sending an unusually consistent message: Even in a pandemic, children are better off in class.

France’s prime minister promised Wednesday to “do everything” to get people back to school and work. British Prime Minister Boris Johnson called reopening schools a “moral duty,” and his government even threatened to fine parents who keep kids at home. Italy’s health minister abruptly shut down discos this month with one goal in mind — “to reopen schools in September in complete safety.”

As both a parent and a teacher, Mathieu Maillard has plenty to worry about before French schools reopen Tuesday. The number of virus infections per 100,000 people has grown five-fold in France in the last month.

How will his 5-year-old daughter keep a safe distance from preschool friends she’s so excited to see for the first time in six months? How will he gain the trust of his high school students, from one of Marseille’s roughest neighbourhoods, if he has to police their mask use?

But overall, Maillard thinks it’s time to go back. School “has to start up again at some point,” he says. “The health risk exists, but the risk of not putting children in school is even bigger.”

During lockdown, he said, some students never joined his online French literature classes. Some had no place to work, or no computers, just telephones they used to send blurry photos of handwritten work.

“Our students really, really need school,” he said. For some of those growing up in an environment plagued with violence and drugs, school “is a place where they can breathe.”

Unlike the U.S., many European schools reopened at the end of the last term, offering lessons for the fall.

Among measures in place: hand-washing stations, one-way corridors, staggered starts and lunch times. Some regions are giving out free laptops, in case of new lockdowns. Many countries require masks in school, but rules vary on where to wear them and from what age.

In southeast London, father of three Mark Davis is looking forward to schools reopening in early September but is vexed about what will happen if there’s a new virus wave.

“Everyone is gunning for this (return to school), but it’s no good just hoping for the best,” he said. “Plans need to be put in place.”

Most of the U.K.’s 11 million students haven’t seen a classroom since March, and reopening schools tops the political agenda. Britain has 41,515 virus-related deaths, the highest confirmed toll in Europe, and Johnson’s government has been strongly criticized for its handling of the pandemic.

Some European schools are planning or considering a hybrid academic year, with some physical classes and some online. But most are aiming for full in-person classes.

That’s in line with guidance by global organizations like UNICEF, which said Thursday that at least a third of the world’s schoolchildren were unable to access remote learning during lockdowns. It warned that “the repercussions could be felt in economies and societies for decades.”

Medical experts say the risk of opening schools depends on how widespread COVID-19 infections are in the community and what safety measures are taken.

Evidence suggests young children don’t spread the disease very easily, while kids aged 10 and up may transmit as easily as adults. But experts say more conclusive proof is needed. And even though children appear less likely to get infected than adults, severe cases and deaths have occurred.

Amid an unexpected new wave of infections in hard-hit Spain, officials are scrambling to adapt plans to reopen schools Sept. 4.

They include hiring 11,000 additional teachers, building makeshift classrooms in schoolyards to gain space, and creating “bubbles” of students who are allowed to mix with each other but not with outsiders.

But teachers’ unions decry funding shortages and have called for strikes starting next week.

Italy, Europe’s first virus hot spot, is hiring 40,000 more temporary teachers and ordering extra desks, but some won’t be ready until October. And many parents and teachers remain in the dark about exactly how it will work when most schools reopen Sept. 14. They notably wonder how overcrowded, run-down schools can ensure one-meter (three-foot) distances and smaller class sizes.

’’They are in over their heads,” said Cristina Tedesco, a parent representative for a high school class in Verona province.

Germany may serve as a cautionary tale, or an example, for its neighbors.

At least 41 of Berlin’s 825 schools reported virus cases as classes resumed this month, and thousands of students have been quarantined around the country. But Germany is determined not to close schools anew, so they’re sending individual students or classes into quarantine instead.

Schools remained shut in most of Africa, Latin America and in some of the world’s most populated nations including India and Bangladesh. In the U.S., some school districts are planning a mix of in-person and online learning to help maintain social distancing. Other districts are starting classes online only.

Denmark this week saw an unusual endorsement for reopening schools. Its second-largest city, Aarhus, sent all high school students home after a spike in virus cases, but the teens pushed back, saying they don’t learn as much online.

Protesting Monday, they held signs reading: “I just want to go to school.”

Weinstein pleads not guilty to sexual assaults in California