Who wants to be Britain’s next prime minister?

British Prime Minister Theresa May has announced she will quit next month, triggering a contest that will bring a new leader to power. 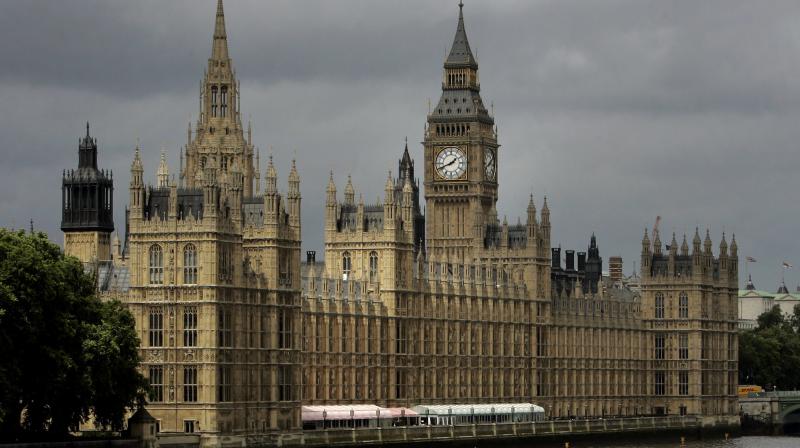 Several names have been in the reckoning. (Photo:AP)

British Prime Minister Theresa May has announced she will quit next month, triggering a contest that will bring a new leader to power who is likely to push for a cleaner break with the European Union. Below are Conservatives who have either said they are putting themselves forward or are widely expected to run for the leadership, and what they have said about Brexit:

Announced they are running:

The face of the official campaign to leave the European Union, Johnson resigned as foreign minister in July in protest at May’s handling of the exit negotiations. Johnson set out his pitch to the membership in a speech at the party’s annual conference in October – some members queued for hours to get a seat. He called on the party to return to its traditional values of low tax and strong policing.

On Brexit, Johnson used a newspaper column in April to argue for a “standstill arrangement – a managed no deal – that would give us time to negotiate an FTA (Free Trade Arrangement) and to solve the issues raised in Northern Ireland.”

On Friday he said: “We will leave the EU on October 31, deal or no deal” adding that a second referendum on EU membership would be a “very bad idea” and divisive. He is the bookmakers’ favourite to succeed May.

Raab quit as May’s Brexit minister last year in protest at her draft exit agreement saying it did not match the promises the Conservative Party made in the 2017 election. Raab served only five months as head of the Brexit department. He had held junior ministerial roles since being elected in 2010. Raab, a black belt in karate, campaigned for Brexit.

On Brexit, Raab told the BBC on Sunday that he plans to seek a “fairer deal” with Brussels, including renegotiating the customs and border plans relating to Northern Ireland. He also said he would not delay Brexit beyond October however, and was prepared to leave without a deal. Raab said he expected that if Britain left without a deal, it would likely get to keep around 25 billion pounds of its 39 billion pound exit payment, and the government could use that money to support businesses through Brexit.

Gove, one of the highest-profile Brexit campaigners during the 2016 referendum, has had to rebuild his cabinet career after falling early to May in the contest to replace David Cameron, who resigned the day after losing the referendum. Seen as one of the most effective members of cabinet in bringing forward new policies, the high-energy environment minister has become a surprise ally to May and has backed her Brexit strategy.

He teamed up with Johnson during the 2016 Brexit campaign only to scupper Johnson’s subsequent leadership bid by withdrawing his support at the last moment to run himself. Gove said on Sunday he believed he could unite the party and deliver Brexit, but did not set out what his plans were.

Hunt replaced Johnson as foreign minister in July and has urged the Conservative membership to set aside their differences over Brexit and unite against a common foe – the EU. Hunt voted to remain in the EU in the referendum. He served six years as Britain’s health minister, a role that has made him unpopular with many voters who work in or rely on the state-run, financially stretched National Health Service.

On Brexit, Hunt told the Sunday Times: “We can never take no deal off the table but the best way of avoiding it is to make sure you have someone who is capable of negotiating a deal.” At a lunch with journalists last month, he said: “I would always prefer to leave with a deal because I think there will be disruption without a deal … it would potentially be very significant and that is something I think anyone sensible would wish to avoid.” But added: “If there was a binary choice between no deal or no Brexit, I would choose no deal because I think the democratic risk of no Brexit ultimately is higher than the economic risk of no deal.”

Javid, a former banker and a champion of free markets, has served a number of cabinet roles and scores consistently well in polls of party members. A second-generation immigrant of Pakistani heritage, he has a portrait of late Conservative prime minister Margaret Thatcher on his office wall. Javid voted “Remain” in the 2016 referendum but was previously considered a eurosceptic. He has not said whether he plans to run but is considered to have been setting out his stall in speeches and media interviews.

In announcing his leadership bid, Javid said: “I’m standing to be the next leader of (the) Conservatives and Prime Minister of our great country. “We need to restore trust, bring unity and create new opportunities across the UK. First and foremost, we must deliver Brexit.” Earlier, in response to a disastrous showing for the Conservatives in elections to the European Parliament, Javid also said the results showed that “people want us to get on with it. Not another election or referendum asking if changed their mind”.

This month Javid said there was little to fear from a so-called no deal Brexit. “You see, whatever the outcome of the EU exit, the UK will still have the capacity and the capability to protect itself,” he said in a speech on security on May 20.

A former diplomat who once walked 6,000 miles across Iran, Afghanistan, Pakistan, India and Nepal, Stewart was promoted to International Development Secretary this month. Educated at the exclusive Eton College, Stewart was first elected to parliament in 2010 and backed remaining in the EU in the 2016 referendum. He opposes a “no deal” exit and has been a vocal advocate of May’s deal with Brussels.

On Brexit, he told Sky News on Sunday that he favoured a “pragmatic, moderate Brexit”. He said he would not seek to change the Withdrawal Agreement which has been rejected by parliament three times and said anyone who said they could do so by October was “deluding themselves or deluding the country”. “We have a deal negotiated with the European Union on the Withdrawal Agreement. What I would be doing in parliament and with the British people is sorting out that political declaration and landing it so we can get out and move on.”

A pro-Brexit campaigner, Leadsom made it to the last two in the 2016 contest to replace Cameron. She withdrew after a backlash to an interview in which she said being a mother gave her more of a stake in the future of the country than May. Leadsom quit as Leader of the House of Commons earlier this month, saying she did not believe the government’s approach would deliver on the Brexit referendum result.

On Brexit, she told the Sunday Times she would put significant effort into encouraging the EU to come up with a “deal that we can all live with” but also said Britain had to leave by the end of October, with or without a deal.

Health minister Hancock, a former economist at the Bank of England, supported “Remain” in 2016. First elected to parliament in 2010, he has held several ministerial roles. On Brexit, he told BBC Radio that leaving without a deal was not an option as parliament would not allow it. He said he was open to renegotiate May’s deal with the EU but would focus on getting a Brexit deal through parliament. “There is no point in becoming prime minister at this moment unless I am completely straight forward about the trade offs that exist and the realities of it. The trade offs between sovereignty and market access, the trade offs required to get a deal through this parliament,” he said.

The pro-Brexit former television presenter, who resigned as work and pensions minister in November in protest at May’s exit deal with the EU, said on Sunday Britain has to leave on Oct. 31 and “if that means without a deal, then that is what it means.”

She told Sky News: “We won’t be asking for any more extensions, that is part of the corrosive uncertainty that individuals, business and the country don’t want.” “We need to make sure we are ready to leave on that date. If the EU wants to come to us, the door is open, if they want to have a better deal that is fine, we have always wanted a free trade agreement but what we have got to do is not waste time, time is limited, we have to make sure that we are ready to leave.” Expected to run:

Mordaunt is one of the last remaining pro-Brexit members of May’s cabinet. She became Britain’s first female defence secretary this month. A Royal Navy reservist, Mordaunt was previously international development minister. Many had expected her to join the wave of resignations that followed the publication of May’s draft withdrawal deal.

A former deputy mayor of London, Malthouse became a Member of Parliament in 2015. He is a junior housing minister and helped author the so-called Malthouse Compromise plan to replace the unpopular Irish backstop in Britain’s EU exit deal with alternative arrangements to avoid a hard border. The Sun newspaper reported he was setting up a campaign team.

Cleverly became a junior Brexit minister last month, having previously been deputy chair of the Conservative Party. He worked in publishing before being elected to parliament in 2015. The Sun reported he was planning to run for leader.