The students are all connected with a scandal over allegations of cheating in the Test of English for International Communication. 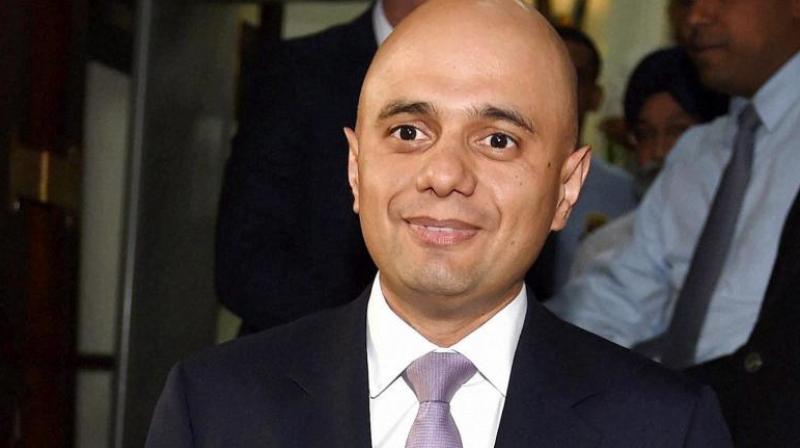 In a letter handed over to UK Home Secretary Sajid Javid in London, the students maintained that they were unfairly accused of cheating and have been campaigning for the chance to prove their innocence. (Photo: File)

London: Hundreds of overseas students, many of them from India, caught up in a visa row involving compulsory English tests, on Thursday appealed to UK Home Secretary Sajid Javid to address the matter, claiming that they were unfairly accused of cheating in the tests.

The students are all connected with a scandal over allegations of cheating in the Test of English for International Communication (TOEIC), a compulsory requirement in some student visa cases dating back over five years.

In a letter handed over to UK Home Secretary Sajid Javid in London, the students maintained that they were unfairly accused of cheating and have been campaigning for the chance to prove their innocence.

"We are some of the tens of thousands of international students unjustly robbed of our visas and our rights by the Home Office in 2014 after we were accused of cheating on an English test. We are innocent but the government gave us no real way to defend ourselves, so we've been fighting for five years just to clear our names," reads the letter delivered by hand to the senior British-Pakistani minister.

"The Department you lead ruined our lives and stole our futures. It branded us as frauds, forcing us to bear a lifelong mark of shame, while never presenting any evidence at all against most of us," it adds.

Last month, the National Audit Office (NAO), the UK's spending watchdog, had concluded in a review that some of the affected students, a majority of them from South Asian countries of India, Pakistan and Bangladesh, were wrongly accused and in some cases, unfairly removed from the UK.

It said the Home Office had not taken enough care to ensure innocent applicants were not caught up in a crackdown launched following evidence of fraud in the system.

Sajid Javid has previously said that he is reviewing the evidence related to the scandal and is expected to announce measures to address the issue in the House of Commons.

"We urge the Home Secretary: Listen to the students, make the right decision, and do not delay your announcement any longer," said Nazek Ramadan, Director of Migrant Voice, a charity that is campaigning for justice alongside the students.

"These students live every day in growing despair. Stripped of their rights, many are destitute and suffering severe mental health problems. Many have contemplated or attempted suicide. The way the Home Office has treated tens of thousands of students on this issue makes a mockery of the British justice system - but the Home Secretary does have the power to put it right," she said.

This included providing English-speakers to take speaking tests instead of the real candidates and staff reading out multiple choice answers for other tests. The UK Home Office responded vigorously, investigating colleges, test centres and students and cancelled many visas.

At the end of March 2019, Home Office data indicates 11,000 people who had taken TOEIC tests had left the country after the discovery of extensive cheating.

Approximately 7,200 left voluntarily after April 2014, around 2,500 people were forcibly removed and almost 400 were refused re-entry to the UK. The NAO said in its review that these numbers may be an underestimate and the exact figure of those wrongly caught up in the row remains unclear.

Meg Hillier, the Chair of the House of Commons Committee of Public Accounts, said: "Worryingly, the Home Office made no effort to identify innocent people, and may have removed some from the UK who were not guilty of cheating.

"The Home Office must take urgent steps to check whether its response to cheating has been fair and proportionate for all those involved."

The UK Home Office has maintained that almost all those involved in the cheating were linked to private colleges which the department already had "significant concerns" about. It has confirmed that Javid is looking into the issue but has not laid out any time frame for a resolution to the dispute.