Progress made at nuclear deal meeting but still not enough: Iran 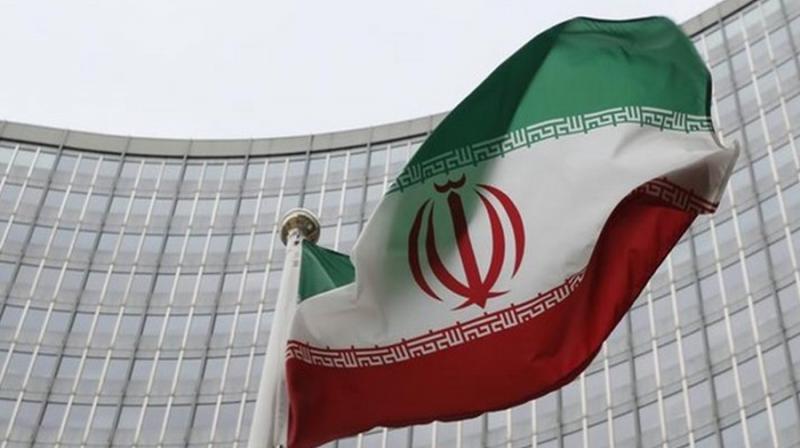 Iran is on the verge of exceeding one of the limits on stockpiles of nuclear material foreseen under the Joint Comprehensive Plan of Action (JCPOA). (Representational Image)

Vienna: Iran said progress had been made Friday at a Vienna meeting on its nuclear accord but that it was "still not enough", as the landmark 2015 deal teeters on the brink amid tension in the Gulf.

Speaking after talks with European, Russian and Chinese officials in the Austrian capital. Iran's Deputy Foreign Minister Abbas Araghchi said what had been agreed was "one step forward" but added: "It is still not meeting Iran's expectations".

Iran is on the verge of exceeding one of the limits on stockpiles of nuclear material foreseen under the Joint Comprehensive Plan of Action (JCPOA).

Iran says it no longer feels bound by certain limits in the deal due to the crippling sanctions re-imposed by the United States after Washington unilaterally pulled out of the accord in May 2018.

Under the landmark deal signed with world powers in 2015, Iran pledged to reduce its nuclear capacities for several years and to allow international inspectors into the country to monitor its activities in return for relief from international sanctions.

Iran had said it would exceed the agreed 300-kilogram (660-pound) reserve of enriched uranium on Thursday, but an Iranian official said the latest figures showed the stockpile was still 2.8kg under the ceiling.

Speaking after Friday's meeting, Araghchi said: "The decision to reduce our commitments has already been made in Iran and we continue on that process unless our expectations are met."

"I don't think that the progress we made today would be considered enough to stop our process but the decision is not mine," he added, saying it would be up to his superiors in Tehran to decide.

Araghchi said that another meeting of the parties to the JCPOA would be convened at ministerial level "very soon", possibly in the next few weeks.

As well as the stockpile limit, Iran has also said that as of July 7 it will start enriching uranium above the agreed purification level of 3.67 per cent.
Weapons-grade levels are about 90 per cent.

However, an Iranian official speaking on condition of anonymity stressed Thursday that even if both limits were surpassed, this could be swiftly reversible "within half an hour" if there were progress on boosting Iran's oil exports despite US sanctions, a key Iranian demand.

Araghchi said the Europeans had confirmed at Friday's meeting that INSTEX, a mechanism set up to facilitate trade with Iran and avoid US sanctions, was "now operationalised and the first transactions are already processed".

But he underlined the importance to Iran of reviving its oil exports, saying that "for INSTEX to be useful for Iran, Europeans need to buy oil from Iran or to consider credit lines for this mechanism".

Also speaking after Friday's meeting, a Chinese foreign ministry official said his country would continue to import Iranian oil in defiance of US attempts to prevent them entirely.

"We do not accept this so-called zero policy of the United States," said Fu Cong, director general of the Chinese Foreign ministry's department of arms control.

Fu's statement cames a day before US President Donald Trump -- a vehement opponent of the JCPOA -- is to meet his Chinese counterpart Xi Jinping on the sidelines of the G20 summit in Japan in an attempt to resolve an escalating trade war.

Speaking in Osaka earlier on Friday ahead of the summit, Trump struck an emollient tone on resolving the Iran crisis, saying: "They can take their time. There is absolutely no time pressure."