Jaishankar and Lavrov took stock of preparations for the prime minister's visit and the 20th Annual Bilateral Summit. 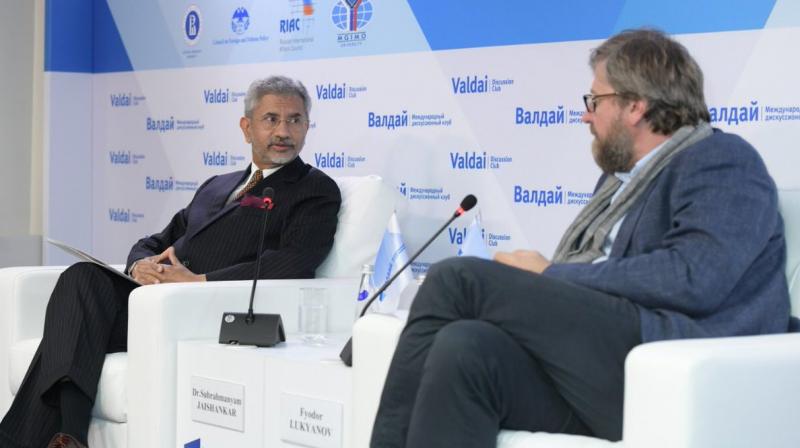 '40 years to the day I first came to Moscow. The world has changed but India-Russia relations remain steady,' Jaishankar tweeted on Tuesday. (Photo: Twitter | @DrSJaishankar )

Jaishankar arrived in Moscow on Tuesday on a two-day visit to Russia to finalise the preparations for Prime Minister Narendra Modi's forthcoming visit to the country.

This is his first visit to Moscow since assuming office in May. His visit comes days ahead of the Eastern Economic Forum in Vladivostok from September 4 to 6 where Prime Minister Modi will be the chief guest.

"40 years to the day I first came to Moscow. The world has changed but India-Russia relations remain steady," Jaishankar tweeted on Tuesday.

Jaishankar and Lavrov took stock of preparations for the prime minister's visit and the 20th Annual Bilateral Summit between the two countries.

Days ahead of Jaishankar's visit, National Security Advisor Ajit Doval travelled to Moscow and held talks with his Russian counterpart Nikolai Patrushev during which both sides underlined support for principles of sovereignty, territorial integrity and non-interference of third parties.

Delivering a speech at the discussion platform of the Valdai Discussion Club on the issue 'The prospects of India's policy in the Indo-Pacific region' on Tuesday, Jaishankar said that the changing world had thrown up new concepts and approaches and the Indo-Pacific was one of them.

India, the US and several other world powers have been talking about the need to ensure a free, open and thriving Indo-Pacific in the backdrop of China's rising military maneuvering in the region.

China has been trying to expand its military presence in the Indo-Pacific, which is a biogeographic region, comprising the Indian Ocean and the western and central Pacific Ocean, including the South China Sea.

China claims almost all of the South China Sea. Vietnam, the Philippines, Malaysia, Brunei and Taiwan have counter claims over the sea.