Faced with one of the world's deadliest outbreaks of COVID-19, Spain shut down public life on March 14. 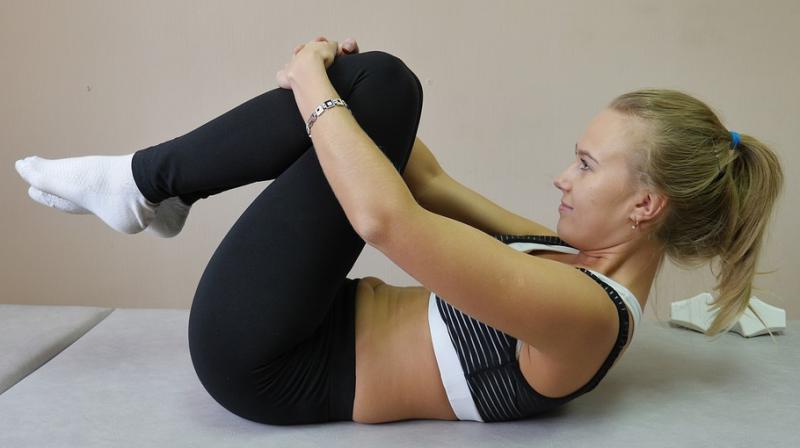 MADRID: Spaniards have snapped up exercise equipment online and turned to detergent bottles, umbrellas and other household items to keep up their exercise routines during one of world's toughest coronavirus lockdowns which is about to be eased.

Prime Minister Pedro Sanchez confirmed Tuesday that for the first time in seven weeks people will as of this weekend be allowed out to exercise on their own as part of plans to gradually lift restrictions on movement.

Faced with one of the world's deadliest outbreaks of COVID-19, Spain shut down public life on March 14 with people allowed to leave the house to buy food, medicine, briefly walk the dog and go to work if telecommuting is not possible. Unlike in other European nations, no exception was made for exercise.

The strict lockdown sparked a rush in the nation of around 47 people to buy home excercise equipment online, leading to depleted stocks. Demand for stationary bikes jumped 453 percent during the first four days of the lockdown while orders of free weights soared 211 percent, according to price-comparison shopping service Idealo.

That forced fitness buffs without home exercise equipment to come up with creative ways to keep up their routines.

Ivan Lopez, a 45-year-old Madrid high school teacher, said he has been using two-kilo bottles of detergent as free-weights instead of going to the gym.

He belongs to a running group that used to train weekly in Madrid's Retiro park but has now been gathering on the increasingly popular Zoom video app for workout sessions that involve using umbrellas to do lunges.

"It's very motivating because we can see each other, talk. We completely disconnect from reality, which is very complicated at the moment," said Lopez.
Others have posted videos of themselves on social media doing push-ups wearing a backpack loaded with books or a toddler on their back for added weight.

After the lockdown started, public broadcaster RTVE began airing a half-hour morning show on its second channel La 2 that guides people through a basic exercise routine they can do at home using household items like cushions, towels and water bottles.

Hosted by a Cesc Escola, 27-year-old fitness instructor from a popular TV talent contest, the show called "Muevate en casa", or "Move at home", draws a daily audience of around 150,000 people.

The goal is "to maintain a minimum level of fitness in this period of exceptional sedentariness," the head of La 2, Samuel Martin Mateo, told AFP.

Finding room to work out at home can be tough since two-thirds of people in Spain live in flats, not houses, the highest proportion anywhere in the EU, according to Eurostat. One in eight homes measures 60 square metres (645 square feet) or less.

Videos of failed attempts to exercise inside cramped flats have gone viral on social media, including one of a ponytailed woman who smashed a ceiling light as she lifted a pair of dumbbells above her head.

People who usually do not work out should avoid intense exercises during the lockdown and stick to walking and stretching to avoid injury, said Xavier Medina, a health sciences professor at the Open University of Catalonia.

"We are not in a competition at the moment," he said. The surge in indoor exercise has at times caused friction between neighbours.

"Other people live below or next door and we don't have to put up with the blows, the noise or the vibrations," added the anonymous note, written all in capital letters.

Some have defied the rules and continued to exercise outside, including former prime minister Mariano Rajoy who was caught on video decked out in a tracksuit and trainers walking at a brisk pace near his Madrid home.