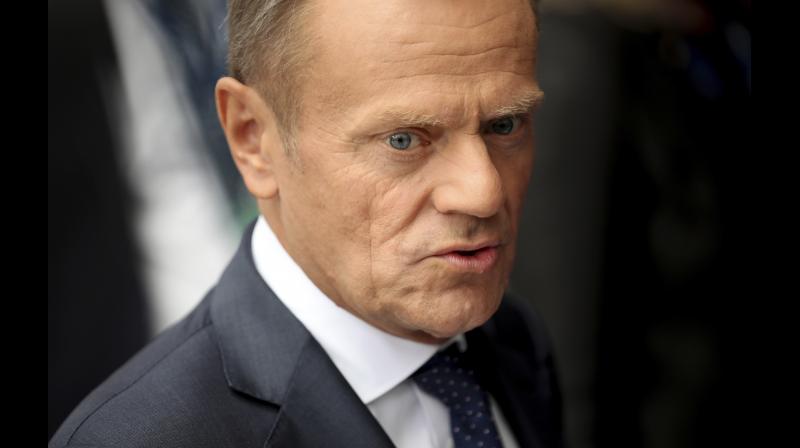 'Brexit has been a vaccine against anti-EU propaganda and fake news.' (Photo:AP)

Brussels: The tortuous Brexit process has acted as a "vaccine" against anti-EU sentiment across the continent, European Council President Donald Tusk claimed Tuesday.

He was speaking after EU leaders met in Brussels to discuss the European Parliament election results, where nationalist and eurosceptic parties made gains but not as many as some feared.

"Brexit has been a vaccine against anti-EU propaganda and fake news."

He added: "The vast majority voted for a more effective, stronger and united EU while rejecting those who want a weak Europe. This is a powerful sign."

European Council chief Donald Tusk casts his vote in European parliamentary elections that are pitting nationalist right against pro-EU forces to chart a course for the bloc.

In fact, "as people have become more pro-European, some major Eurosceptic parties have abandoned the anti-EU slogans and presented themselves as EU reformers. This is a positive development," Tusk continued.

"I have no doubt that one of the reasons why people on the continent voted for pro-European majority is also Brexit."

British Prime Minister Theresa May was among the EU leaders who gathered in Brussels to discuss the future leadership of the bloc, but Tusk said Brexit was not discussed.

May updated her colleagues on her resignation announcement last week, a British government source said, but Tusk insisted her presence at the meeting was "something very natural".

"She's still British prime minister and the UK is still member of the EU," he said.

The official race to succeed May will not start until next week but almost a dozen of her Conservative colleagues have already declared their interest -- many taking a hard line on Brexit.

Tusk refused to comment directly but said: "We are all here aware of what is the state of things in London today. Nothing promising, I should say."