World   Europe  29 May 2022  Shaunak Sen's 'All That Breathes' wins Cannes award
Entertainment, In Other News

Sen's win is India's second in Cannes in two years 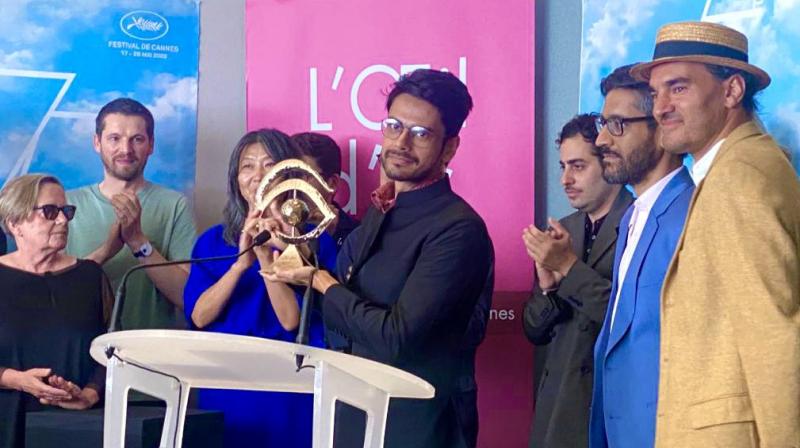 The award was announced by a jury chaired by veteran Polish filmmaker Agnieszka Holland. (Twitter)

Cannes: Shaunak Sen's "All That Breathes", an audience favourite here from the outset, won the 2022 L'Oeil d'Or (Golden Eye) for the best documentary at the 75th Cannes Film Festival on Saturday, making it two in succession for India.

"All That Breathes" is about two Delhi brothers Nadeem and Saud who, amid the city's worsening air and deteriorating social fabric, devote their lives to saving migratory black kites that are at the mercy of mankind's unthinking ways. The film was screened as part of the festival's Special Screenings line-up.

The award was announced by a jury chaired by veteran Polish filmmaker Agnieszka Holland.

The citation read: The 2022 L'Oeil d'Or goes to a film that, in a world of destruction, reminds us that every life matters, and every small action matters. You can grab your camera, you can save a bird, you can hunt for some moments of stealing beauty, it matters.

The citation described All That Breathes as an inspirational journey in observation of three Don Quijotes who may not save the whole world but do save their world.

Sen's win is India's second in Cannes in two years. In 2021, Payal Kapadia's "A Night of Knowing Nothing", which played in the parallel Semaine de la Critique (Cannes Critics' Week) took home the L'Oeil d'Or.

The L'Oeil d'Or jury bestowed a Special Award posthumously on Mantas Kvedaravicius for his film "Mariupolis 2'. The Lithuanian director was among thousands of civilians killed in Ukraine since the Russian invasion.

The jury described "Mariupolis 2" as a film impossible to compare with any other from the competition.