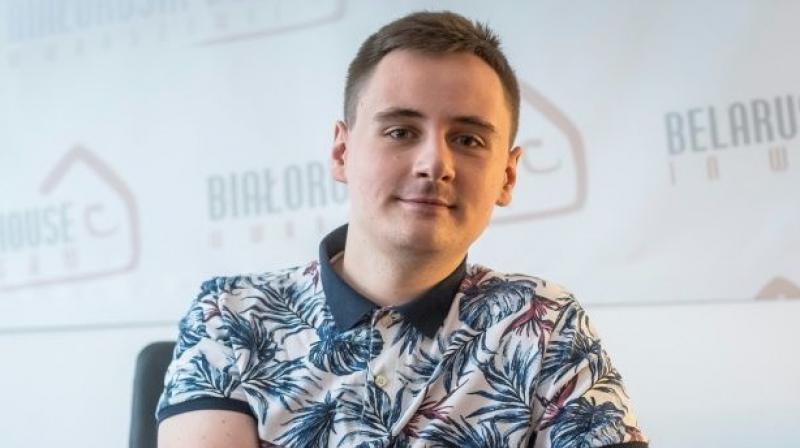 Stepan Svetlov is the founder of NEXTA, a Telegram channel with 2.1 million subscribers that helps mobilise protesters and shares photo and video content from the demonstrations. (AFP)

Warsaw: A fresh-faced 22-year-old blogger is using nothing more than his keyboard to run the main communications hub for protesters in Belarus as they mount an unprecedented challenge to the regime of President Alexander Lukashenko, often dubbed Europe's last dictator.

Stepan Svetlov is the founder of NEXTA Live, a Telegram channel with 2.1 million subscribers that helps mobilise protesters and shares photo and video content from the demonstrations.

"It started out as a school project," Svetlov told AFP in an interview in the Polish capital Warsaw where he has been living in exile under police protection after having received death threats.

'A mark of respect'

Svetlov originally set up NEXTA Live in 2015 as a YouTube channel for sharing funny, satirical music videos about Belarus and President Lukashenko, who has ruled with a heavy hand since 1994.

NEXTA which means "somebody" in Belarusian, began putting out weekly video news videos in 2017 that got tens of thousands of views.

The switch to Telegram -- a messaging app used by protest movements worldwide because of its strong encryption and anonymity -- came in 2018 when police raided Svetlov's house in Belarus.

"It was the first sign that the authorities appreciated my work. Like a mark of respect," said a self-assured Svetlov, whose father is a journalist at the Belarusian channel Belsat, also based in and backed by Poland.

The charge of organising mass unrest for which NEXTA is now being investigated in Belarus carries a prison sentence of up to 15 years.

"Of course it's not true. We want exclusively peaceful protests.... It was the authorities that started beating, shooting, using water cannons."

But Svetlov admits that NEXTA does have a role in co-ordinating the current protests since "nobody except us can do this since they would be immediately detained and arrested".

"Even though we are 500 kilometres from the border, we do not stop being citizens of Belarus who want to have their own role, their own contribution in bringing about change," he said.

"Nexta and other Telegram channels play a very important role in bringing people together. People can see that they are not alone," he said.

At the peak of the protests after the disputed August 9 election, Svetlov said NEXTA was receiving around 200 messages a minute.

The volume of information -- some 100,000 messages a day -- meant the team of four people working on NEXTA had to focus on photo and video content, which Svetlov said was easier to verify.

The channel uses other forms of verification such as asking for pictures of ID documents or using multiple unconnected sources but Svetlov said trusted, regular sources are the best.

Valery Karbalevich, an analyst from Radio Free Europe/ Radio Liberty, said NEXTA played a "crucial role" in the logistics of protests such as giving timings and meeting places.

"All the once popular bloggers in Belarus have been in prison for a while and only a Telegram channel operating from abroad is able to co-ordinate the demonstrations," he said.

Independent analyst Vladimir Matskevich agrees, describing NEXTA Live as having "the most influence and largest audience" in relation to the ongoing wave of protests.

The channel is now planning a major expansion.

"We need at least eight people to deal with the amount of information we are receiving," Svetlov said, outlining plans for a video editing studio and more content on events in Russia and Ukraine.

"We want to expand to a Russian-speaking audience more fully," he said, pointing to surveys of the channel's subscribers that showed 40 percent of them were from countries outside Belarus -- mainly in Russia and Ukraine.

Svetlov said that before the protests the channel was financed solely through ad revenue but this would not be enough for the expansion.

Asked for his prediction for the future of Belarus, he said he hoped his homeland would become "a normal democratic European country".

"Protests will continue until the people win."