'No excuse' for countries that fail in contact tracing, says WHO chief Tedros

“Although many countries have made some progress, globally the pandemic is actually speeding up,” Tedros Adhanom said 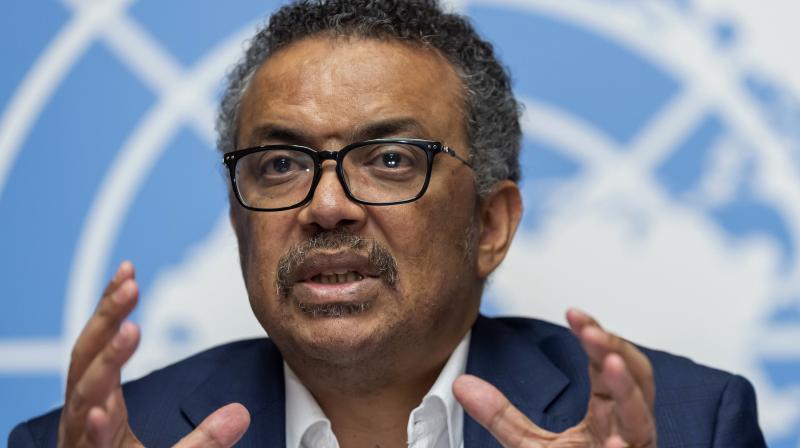 GENEVA: Tracing contacts of people with coronavirus infections is the most important step in fighting the COVID-19 pandemic, and countries that are failing to do so have no excuse, the World Health Organization chief said on Monday.

“Although many countries have made some progress, globally the pandemic is actually speeding up,” Tedros Adhanom Ghebreyesus told a briefing.

“We all want this to be over. We all want to get on with our lives. But the hard reality is that this is not even close to being over,” he said. “Most people remain susceptible, the virus still has a lot of room to move.”

Countries such as South Korea had managed to contain the disease by tracking down the contacts of those carrying infection, Tedros said. This was possible even under extreme conditions, as the WHO itself had shown by halting an outbreak of Ebola in eastern Congo, tracing 25,000 contacts a day in a remote area where some 20 armed groups were fighting, he added.

TEAM TO INVESTIGATE ORIGINS IN CHINA

In a move sought by the WHO’s biggest critic, the United States, Tedros announced that a team would be sent to China next week to investigate the origins of the outbreak.

“We can fight the virus better when we know everything about the virus, including how it started,” Tedros said. “We will be sending a team next week to China to prepare for that.”

U.S. President Donald Trump and Secretary of State Mike Pompeo have both said the disease could have escaped from a lab in Wuhan, although they have presented no evidence of this, and China denies it. Scientists say the virus emerged in nature.

Trump has announced plans to quit the WHO, which he says is too close to China. He has repeatedly emphasised the Chinese origins of the virus, calling it “Kung Flu” at two rallies this month, a term the White House had previously described as unacceptable and which Asian-American groups say is racist.

Asked about Trump’s use of the term, the director of the WHO’s emergencies program, Mike Ryan, called for an “international discourse that is based on mutual respect”.

“Many people around the world have used unfortunate language in this response,” he said.

Ryan said there had been tremendous progress towards finding a vaccine, but there was no guarantee of success. In the meantime countries must use the strategies available, such as social distancing and contact tracing.

“Many, many countries through applying a comprehensive strategy have reached a very low level of virus transmission in their countries but always have to remain vigilant in case there are clusters or small outbreaks.”