Some of injuries were caused when terrified students jumped out the window to escape the flames. 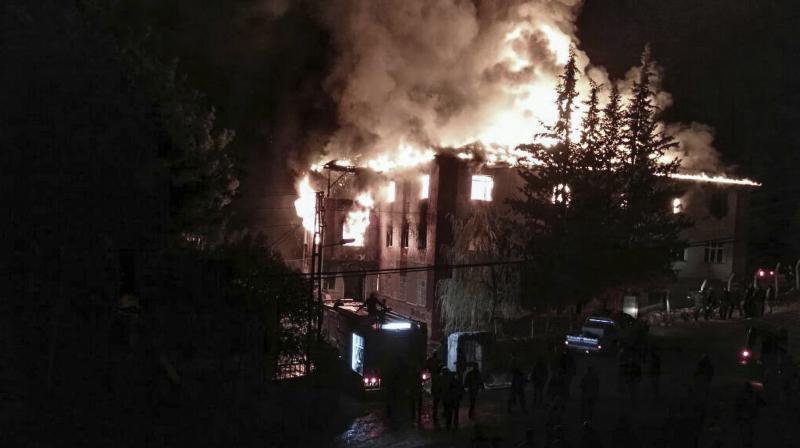 Flames rise from a fire in a school dormitory, in Aladag, Adana in southern Turkey on Tuesday. (Photo: AP)

Istanbul: Twelve people, most of them children, were killed on Tuesday when a fire broke out at a school dormitory in the southern Turkish city of Adana, local officials said.

"12 bodies were recovered, 22 wounded people were taken to hospitals," Adana governor Mahmut Demirtas was quoted as saying by the official news agency Anadolu.

Adana Mayor Huseyin Sozlu told the private NTV broadcaster 11 of the dead were secondary school students and the other victim was a female caretaker.

Television footage showed the three-storey building in flames, with fire engine teams trying to put out the blaze.

Demirtas said it was a private dormitory with 34 students living in it.

He said some of injuries were caused when terrified students jumped out the window to escape the flames.

An initial investigation suggested the fire was caused by electrical fault but the flames spread rapidly because of the building's wooden interior, officials said.