Putin says Russia will not expel US diplomats

Putin said however that Moscow reserved the right to retaliate after Washington's decision to expel 35 diplomats. 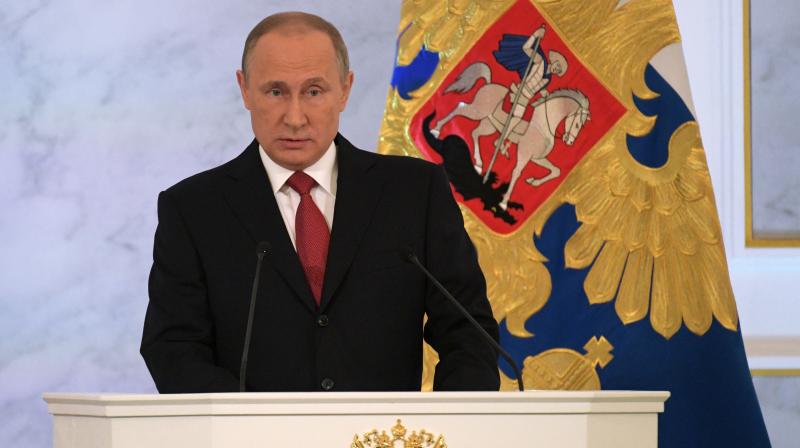 Moscow: President Vladimir Putin said on Friday that Moscow would not expel any US diplomats, a surprise decision after Washington turfed out Russian diplomats over alleged interference in the US election.

"We will not create problems for American diplomats. We will not expel anyone," Putin said in a statement released by the Kremlin, also inviting children of US diplomats to a holiday party in the Kremlin.

Indicating that the ball was in the court of the next US administration, Putin said however that Moscow reserved the right to retaliate after Washington's decision to expel 35 diplomats, who have 72 hours to leave the country.

"According to international practice, Russia has all the grounds for a comparable response," Putin announced, following a statement by Foreign Minister Sergei Lavrov which suggested a tit-for-tat response was in the works.

"Reserving the right to retaliatory measures, we will be planning our next steps in restoring US-Russian relations based on the policies pursued by the administration of president Donald Trump," Putin added.

"Russian diplomats returning to the motherland will spend their holidays with friends and family, at home," Putin said, extending an invitation to "all children of US diplomats accredited in Russia to the New Year's and Christmas party in the Kremlin."